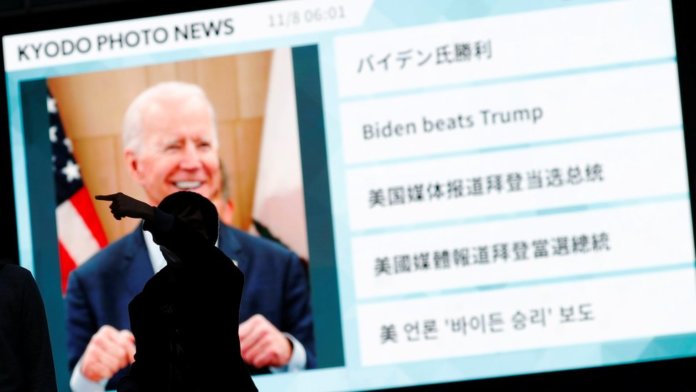 US President-Elect Joe Biden will continue to lay the foundation for his new administration on Wednesday as President Donald Trump continues his effort to hold on to power with lawsuits.

Trump refused to admit defeat with accusations of electoral fraud which received little attention and are not supported by Republicans.

So far, judges have dismissed lawsuits brought by the Trump Campaign in Michigan and Georgia. Legal experts say the cases have little chance of changing the outcome of the November 3 elections.

About 80% of Americans, including half the Republicans, say Biden is the rightful winner, according to a Reuters / Ipsos poll published on Tuesday.

Biden plans to meet on Wednesday with consultants who are helping him prepare to take office on January 20, 2021.

The new President chose finance, trade, and banking regulators from among the transition team, ranging from core Democrats to progressive activists, reflecting the ongoing debate within the party about how to address climate change, wealth inequality, and other issues.

The Washington Post wrote that Vermont’s independent socialist Senator and the most powerful Democratic party presidential rival of Hillary Clinton in 2016 that Biden in 2020, Bernie Sanders has started to lobby to become the Biden cabinet’s Secretary of Labor.

As the results of selection and the possibility of the COVID-19 vaccine to hit the market in early 2021 highlight the outlook of the world economy, investors have begun to buy in more risky market segments, from airline stocks to commodity currencies.

Global renewable energy stocks rose with Biden’s promise to set a net-zero emissions target in the US by 2050. With the EU taking new targets and measures to limit industrial and energy waste, investment in green could be worth trillions of dollars in the coming years.

Known as Wall Street’s “fear indicator”, the CBOE’s VIX volatility index fluctuates near August lows after the US presidential election.

The European Parliament budget negotiators and the Presidency of the European Council reached an agreement that outlined a political agreement on future EU funding.

After ten weeks of intense negotiations, on Tuesday, the Parliament’s budget negotiators agreed with the Council Presidency on the outlines of an agreement on the next Multi-Annual Financial Framework (MFF 2021–2027) and the new Own Resources. The deal had to be approved by both institutions.

The agreement of the EU institutions paved the way for a 1.8 trillion euro budget and the stimulus package to be unveiled for the European economy much in need following the ongoing Covid19 shock.