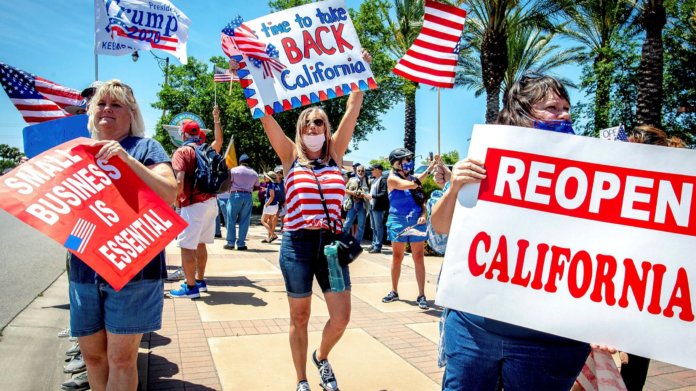 New records in coronavirus infections and hospitalizations led to policy and team speculations about what kind of Biden response the markets can expect, especially given that the pandemic has accelerated since the November 3 elections. Trump will remain in the office until Biden swears in on January 20.

On Wednesday, Biden, who did not care that Trump challenged his victory, chose Ron Klain, his longtime adviser, as the White House chief of staff as his first major appointment.

Attention is now expected to be shifted to Biden’s cabinet positions, but the Biden team has given little hint of when cabinet announcements will be made so far.

On foreign policy, Anthony Blinken, a diplomat and longtime Biden confidant, is seen as a possible choice for the Secretary of State or National Security Adviser.

The person to be selected as the Secretary of the US Treasury will deal with a recession and unemployment as well as income inequality, climate change, and other issues.

The number of Americans making claims for unemployment benefits for the first time in the world’s largest economy continued to decline last week, reaching an epidemic-era low as a sign that the labor market is gradually recovering.

The US Department of Labor reported on Thursday that jobless claims for the week ending November 7 fell from 757,000 in the previous week to 709,000. Economists surveyed by Dow Jones were expecting a higher figure of 740,000.

This is the fourth consecutive week of decline in total, but jobless claims still remain at the pre-coronavirus pandemic record of 695,000 in 1982.

In addition to the weekly rapid decline, ongoing demand was also recorded at 6.79 million, with a 436,000 decrease from a week ago.

US consumer prices remained unexpectedly unchanged in October as moderate increases in food costs amid the recession were offset by cheaper gasoline. This could allow the Federal Reserve to maintain its ultra-loose monetary policy for a long time to help the economy recover.

The Labor Department report noted on Thursday that the steady reading in the consumer price index last month followed a 0.2% increase in September. In the 12 months up to October, the CPI rose 1.2% in October after increasing 1.4% in September.

Economists surveyed by Reuters predicted that the CPI would increase 0.1% in October and 1.3% on an annual basis.

The core personal consumption expenditure (PCE) price index, the Fed’s preferred inflation measure, rose 1.5% in the 12 months through September. A positive development for the central bank’s inflation target of 2% as a flexible average. The main PCE price index data for October is planned to be released later this month.

The European Union’s statistics office Eurostat said on Thursday that industrial production in 19 countries sharing the euro fell 6.8% year-on-year and 0.4% monthly in September.

The UK economy grew by 1.1% in September compared to August, slower than expected.

The slowdown in Thursday’s official data reinforced expectations that the economy would shrink again by the end of 2020 and strengthened concerns about coronavirus pandemic impact and the uncertainty surrounding the fast-approaching December 31 deadline for a post-Brexit trade deal with the European Union.

Between July and September, the gross domestic product grew by 15.5%, breaking a quarterly record. However, this could not compensate for the nearly 20% drop between April and June.

In the island nation which imposes strict restrictions against the epidemic, the economy is supported by more than 200 billion pounds of urgent spending and tax cuts ordered by finance minister Rishi Sunak, and the Bank of England’s bond purchase program of approximately £ 900 billion.