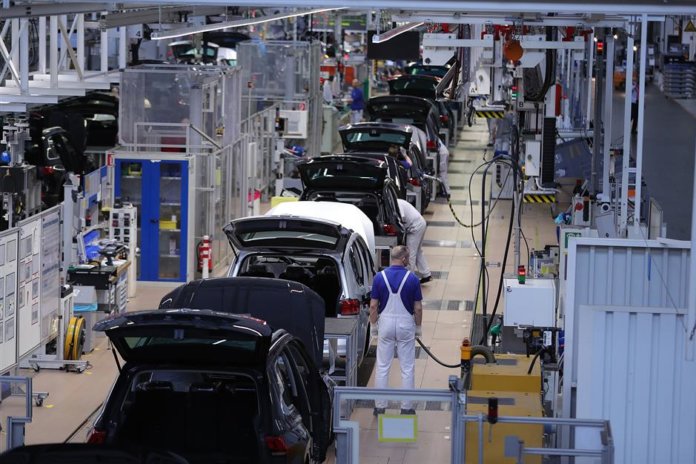 US Federal Reserve Chair Jerome Powell on Wednesday spoke against the possibility of negative interest rates for the US economy.

Powell Pushes Back Against Negative Rates

Powell’s remarks at the congressional Joint Economic Committee seemed to go against President Donald Trump’s insistence for low and even negative federal funds rates. Powell insisted that the outlook was good thanks to ongoing growth, strong labor market and steady inflation.

“Negative interest rates would certainly not be appropriate in the current environment. Our economy is in a strong position. We have growth, we have a strong consumer sector, we have inflation … You tend to see negative rates in the larger economies at times when growth is quite low and inflation is quite low. That’s just not the case here,” he said.

Germany’s economy barely avoided entering into a recession in the third quarter, after Thursday-released gross domestic product (GDP) figures showed there was growth of 0.1%.

The data by the Federal Statistics Office was higher than the -0.1% contraction expected by market analysts. But the country’s second-quarter GDP was revised down from -0.1% to -0.2%. The report by the federal government showed that the economy grew by 0.5% from July to September this year.

United Kingdom’s Prime Minister Boris Johnson promised to end what he described as an “unbearable” uncertainty surrounding Brexit if he wins the December 12 election. Johnson acknowledged that the current political situation was negatively affecting investment decisions in the country.

Japan’s Economy Minister Yasutoshi Nishimura said on Thursday that deteriorating diplomatic relations with South Korea had a “big impact” on exports in the third quarter.

The exports dropped by 0.7% compared to the previous quarter. He added that the trade war between the US and China was another reason behind the fall in exports.

China’s industrial production increased by 4.7% year-on-year last month, data released on Thursday by the National Bureau of Statistics showed. The figure was lower than of the 5.4% growth forecast and September’s 5.8%.

The factory output of the world’s second-largest economy significantly fell due to a drop in global and domestic demand as well as the protracted Sino-US trade war.

Mohammad Barkindo, the Secretary General of the Organization of the Petroleum Exporting Countries (OPEC) said on Wednesday that the United States shale production would likely see a downward revision entering into 2020. The world’s energy cartel expects the US shale oil companies’ output growing by only around 300,000 to 400,000 barrels per day.

Meanwhile, the American Petroleum Institute reported on Wednesday that US crude stockpiles by fell by 541,000 barrels in the week to November 8. The surprise drop in the inventories was not in line with the expected increase of a 1.6 million barrels.