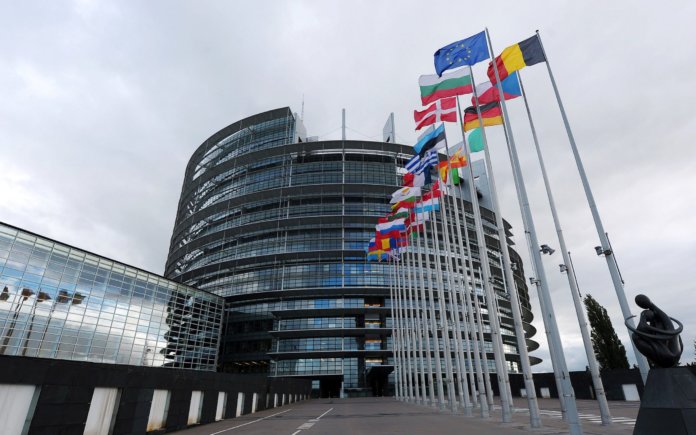 With the US presidential elections won by the Democrat Joe Biden, the market’s attention is turning to the eastern shores of the pond this week.

In the UK, Prime Minister Boris Johnson will try to leave behind the departure of his most influential advisor, Dominic Cummings, one of the strategists behind Brexit, while announcing this week a 25-year environmental-economy plan called ‘Green Revolution’ with a speech on future energy policy.

Johnson had long planned to give a big talk on green energy, which sets his vision for a transition to a low carbon economy.

Just before the arrival of the new leader of the “Free World” Biden, who unlike Trump, is pro-EU and promises to pursue environmental policies, the resignation of the most powerful anti-EU brain in London and Prime Minister Johnson’s speech on a new energy vision -although long in the making, are strong diplomatic courtship to a new Washington.

Johnson wants to further shine the Kingdom’s environmental record ahead of the COP26 international climate summit in Glasgow next year. Johnson will also announce new funding to new nuclear power plants such as Sizewell and small modular reactors.

Brexit and the EU summit

Brexit talks will continue in Brussels. Johnson is holding up to all his stubbornness to pressure Brussels into concessions as a Thursday EU leaders videoconference summit - seen by many as the deadline to sign the draft Brexit trade agreement - approaches.

David Frost, Johnson’s chief negotiator for Brexit, flew back to Brussels on Sunday. Frost said that “some progress” has been made in a trade agreement with the EU, but significant differences remain and a no-deal situation is still possible.

An EU diplomat described the week ahead as “a time of crisis”, while officials in London confirmed that the negotiations are at a pivotal point.

While the EU leaders’ summit is also set to discuss the next steps to be taken in response to the coronavirus, the European Commission will this week publish its recommendations to EU countries on plans to use Covid-19 rapid antigen tests and quarantine rules.

The US Senate is preparing to vote at a yet-to-be-declared time as early as this week to approve the appointment of Judy Shelton, one of Trump’s designates for the Federal Reserve Board.

Shelton is known in American financial circles for her radical and unconventional ideas, one of the economists who strongly criticize the US central bank.

Shelton has long been viewed as a controversial choice for the Fed board of directors, due to her fierce loyalty to Trump, which has put his professional independence into question, and her sympathy for the gold standard and almost always 0 interest rates. In 2019, Shelton compared the Fed’s role in monetary policy-making with the economic planning of the former Soviet Union.

If the US Senate confirms Shelton, it will allow Trump to leave his libertarian ideological mark on the monetary policy of the US central bank before leaving the White House in January.

The US retail sales figures for October are to be released on Tuesday. Sales are expected to have slowed as the effects of the financial incentive waned and the coronavirus pandemic worsened.

The record-breaking $ 2 trillion fiscal stimulus package earlier this year helped boost consumer spending, but some economists think the prospect for another package was waning before Biden’s entry into the Oval Office in January.

We will be watching US October housing data on Wednesday.

The UK publishes inflation data on Wednesday. British consumer price levels are expected to remain low. UK retail volumes have increased for five consecutive months since the April low, but a small drop is expected when the October figures are released on Friday.

-Moderna says early data shows that the COVID-19 vaccine is extremely effective. Moderna predicts that by the end of 2020, it will produce about 20 million doses of mRNA-1273 vaccine in the US.

Francis Collins, director of the US National Institutes of Health (NIH), says two vaccines will soon be tested in his country.

Regarding the distribution of the 750 billion euro rescue package and the 1.1 trillion budget against the pandemic prepared by the EU, member states are obliged to respect the rule of law. Right-wing Hungarian Prime Minister Viktor Orban calls this a violation by Brussels of the sovereignty of nation-state governments.

Senior officials from 15 countries, including Australia, New Zealand, and 10 members of the Association of Southeast Asian Nations, signed the Regional Comprehensive Economic Partnership (RCEP) agreement, which has been negotiated for nearly a decade, on the last day of the 37th ASEAN meeting held online.