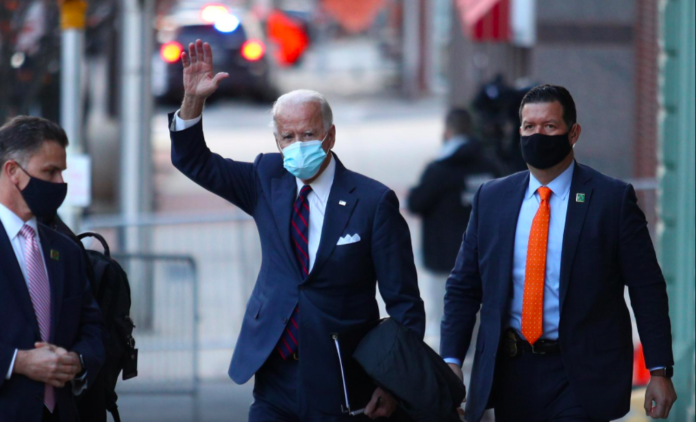 Pfizer added that it has the required two-month safety data and will apply to the US Food and Drug Administration FDA for emergency use authorization within days.

The drug manufacturer said that the effectiveness of the vaccine developed with its German partner BioNTech was consistent in terms of age and ethnic demographic data across the board and that no significant side effects were seen, which they interpreted as a sign the vaccine could be widely applied worldwide.

The effectiveness of the vaccine was over 94% in adults over 65 who were particularly at risk from the virus. The final analysis was done just one week after the preliminary results of the trial showed the vaccine to be more than 90% effective.

Another American company, Moderna, published the preliminary data of the vaccine trial Monday, which showed similar effectiveness. While some groups, such as healthcare professionals in the US, will be given priority for vaccines this year, large-scale population immunizations will take months to begin.

According to US financial television CNBC, the US Drug and Food Administration FDA panel convenes on December 8–10 to discuss permission for Covid19 vaccines.

Oil prices soared on Wednesday after the Organization of Petroleum Exporting Countries (OPEC) and its allies considered delaying their planned increase in oil production, and after Pfizer said the COVID-19 vaccine was more effective than previously reported.

Saudi Arabia, the de facto leader of the cartel, has urged other members of the OPEC + group to be flexible in meeting market needs and ready to adjust production cuts as needed to combat the weaker energy demand expected from the second wave of the outbreak.

OPEC +, made up of OPEC, Russia, and other producers, met on Tuesday but refrained from making a formal recommendation before the group’s full ministerial meeting on 30 November-1 December.

Sources said that OPEC + members tend to delay a plan to increase production by 2 million barrels per day (BPD) in January. A possible delay of three or six months is also being considered.

Housing construction in the US increased more than expected in October. This suggests that the housing market continues to be protected by historically low mortgage rates, although the economic recovery in the midst of a resurgence in new COVID-19 infections showed signs of tension.

The US Department of Commerce said on Wednesday that housing starts rose to 1,530 million units on a seasonally adjusted annual basis last month. September data was revised from the previously reported 1,415 million to 1,459 million units.

Acting US Defense Secretary Christopher Miller on Tuesday confirmed that President Trump had ordered to reduce the number of American troops in Afghanistan and Iraq to 2,500 each by January 15, 5 days before the end of his tenure.

Despite the failure of the United States to stabilize both countries it occupied as part of the war against Islamist groups at the turn of the century, Trump’s order is to cause more instability in Washington, both Republican and Democratic members of the US Congress and American ally Western Europeans say.

The Taliban, which the United States brought down from the government in Afghanistan during the war that started in 2001 announced that it welcomed the Trump administration’s decision to withdraw troops.

German Foreign Minister Heiko Maas said on Wednesday that an early withdrawal of US and NATO allies from Afghanistan could complicate the peace talks between the government in Kabul and the Taliban.

“It is very important for us not to endanger what we have reached so far by taking any hasty action,” said Maas.

The German government is in contact with Washington and the NATO alliance and is exploring what consequences the US withdrawal will have for some 1,200 German soldiers still stationed in Afghanistan as part of a larger NATO mission.

“We are particularly concerned about how the US announcement will affect the peace talks for Afghanistan,” Maas said, adding that the negotiations are already complicated enough.