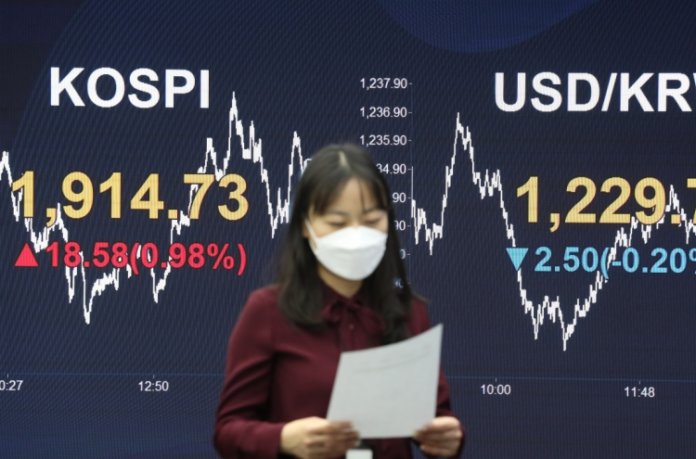 Turkish Central Bank on Thursday hiked its interest rates by 475 basis points from 10.25 percent to 15 percent in a move largely anticipated.

The Central Bank of the Republic of Turkey (CBRT) held its monetary policy meeting two weeks into President Recep Tayyip Erdogan’s firing of the e-Governor Murat Uysal and appointment of Naci Agbal to run the bank.

Just a day before, Erdogan once again was crusading against high-interest rates.

“It is obvious what high-interest rates cost. Can we invest, produce, employ, and export with high interest? It is not possible, so we need to be much more careful at this point. We shouldn’t crush our investors,” he said.

The latest interest rate hike follows the resignation of former Finance Minister Berat Albayrak on Instagram in the aftermath of Uysal’s firing.

CBRT Monetary Policy Committee announced in its statement that it decided to “make all funding via the one-week repo interest rate, which is the main policy tool.”

According to the British newspaper The Times, European leaders are preparing to ask the European Commission to publish plans for what to do in case of a no-deal situation, amid fears that the Brexit negotiations will fail.

Current uncertainty as time runs out leaves businesses across Europe working with the British with little knowledge about what to prepare for in the worst-case scenario.

“We need to find emergency measures now. January 1, 2021, is approaching,” a senior EU diplomat told The Times on Thursday, adding that it is time to prepare people and businesses in case a deal fails to be made in time.

EU diplomats continue to warn the London government that the time for the Brexit deal is quickly running out and it may be too late to ratify a deal.

The negotiations were firmly underway, according to BBC policy editor Laura Kuenssberg, while EU chief negotiator Michel Barnier canceled briefings to EU leaders over the past two days to focus on the talks.

A “no-deal” conclusion of the Brexit crisis will be another shock for financial markets amid the economic hit of the coronavirus epidemic. Such a scenario will disrupt fragile supply chains extending across Europe and beyond.

Chinese Communist Party General-Secretary and President Xi Jinping signaled on Thursday that the world’s second-largest economy will continue to work with other countries, including the United States.

Trade tensions between China and the US have escalated in the last two years of the Trump administration. The two countries reached the Phase-1 trade agreement in January just before the coronavirus hit the world economies, but the differences between them spread to technology and finance, raising concerns about the “decoupling” of the economies of the two countries, which would have huge effects globally.

The term ‘decoupling’ refers to the separation, rather than integration, of the world’s two largest economies in areas ranging from trade to technology.

“We will surely not go down to the path of reversing history, we will not try to decouple or create closed and exclusive mini circles,” President Xi said on Thursday, according to a report in the Chinese state media. Xi addressed the leaders of other countries in the region via video at the virtual meeting of Asia-Pacific Economic Cooperation CEO Dialogues, a virtual meeting of government and business leaders.

Although Xi’s criticisms were directed at the United States, he did not mention China’s adversarial but largest trading partner.

The University of Oxford and British pharmaceutical giant AstraZeneca announced Thursday that their coronavirus vaccine triggers a similar immune response among all adults, according to preliminary findings from a peer-reviewed second-stage trial.

The promising early-stage results were published on Thursday in The Lancet, one of the world’s best medical journals.

The study of 560 healthy adults, 240 of whom were over 70 years old, found that the vaccine was safe and produced a similar immune response in people over 56 and between 18 and 55 years old.

Andrew Pollard, the lead scientist of the study, said he expects the vaccine to be ready for presentation in the coming weeks.

AstraZeneca, working in collaboration with the University of Oxford, had previously said that intermediate data showed that the experimental vaccine produced an immune response in older and young adults.

American Pfizer and German BioNTech said their joint vaccine candidate was 95% effective in preventing Covid-19, according to their latest analysis results, which they published on Wednesday. Earlier this week, Moderna said data from the preliminary three trials showed that her vaccine was 94.5% effective.