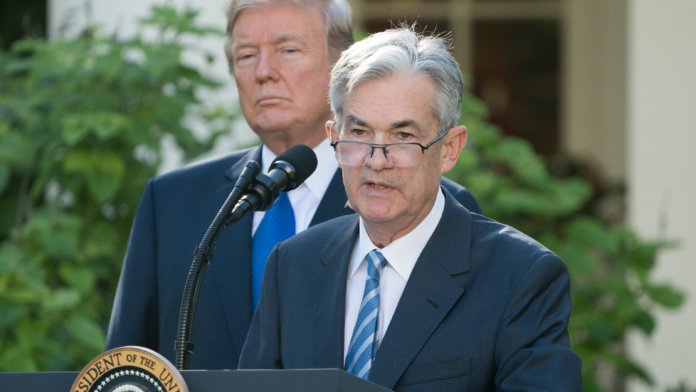 No Solution to Auto Tariffs

The deal paves the way for cuts in tariffs on American agriculture produce and Japanese machines next year, however it excludes the auto tariffs question that is quite a headache for Tokyo.

US financial news network CNBC’s Beijing correspondent in the Chinese capital of Beijing reported on Monday that the mood there about a trade deal with the US was pessimistic due to Trump’s unwillingness to cut back tariffs.

Federal Reserve Chair Jerome Powell met Trump at the White House on Monday for the first time since Powell got the job in early 2017. The Fed released a statement about the meeting that took place also with Treasury Secretary Steven Mnuchin in an unscheduled fashion and at President’s private residence instead of the oval office.

“Chair Powell said that he and his colleagues on the Federal Open Market Committee will set monetary policy, as required by law, to support maximum employment and stable prices and will make those decisions based solely on careful, objective and non-political analysis,” the Fed statement read.

In another Twitter post, Trump said he “protested fact that our Fed Rate is set too high relative to the interest rates of other competitor countries. In fact, our rates should be lower than all others (we are the U.S.). Too strong a Dollar hurting manufacturers & growth!”

The RBA Came Close to Cut

The Reserve Bank of Australia came very close to slashing its official cash rate during its November meeting, minutes released on Tuesday showed. The RBA seriously considered going for a 25 basis point rate cut but decided against it to contain reverse effects on consumer confidence.

“The board agreed that a case could be made to ease monetary policy at this meeting. This case largely rested on only gradual progress having been made towards the Bank’s goals. While members judged that lower interest rates were supporting the economy through the usual transmission channels … they recognised the negative effects of lower interest rates on savers and confidence,” the minutes read.