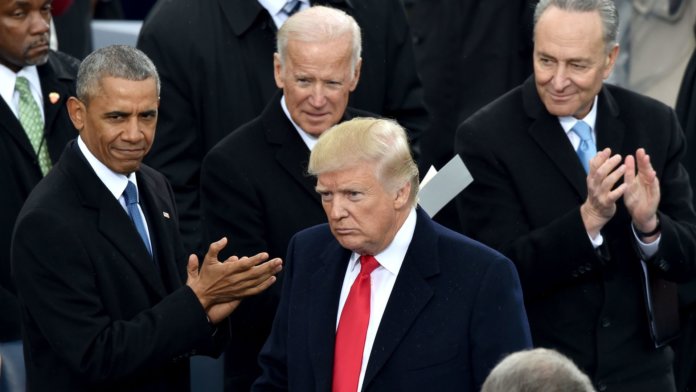 The week ahead would already be a busy one for the US and therefore the global markets even under normal circumstances.

As Covid-19 cases increase, the US central bank Federal Reserve System’s monetary policy meeting, the latest non-farm employment figures, and third-quarter company earnings reports are at the forefront this week. However, what complicates everything else is the very critical US presidential election.

The increase in coronavirus cases will continue to harm the global economy with the announcement of more restrictions and lockdowns, especially in Europe, to curb the pandemic. The UK government has joined many other European countries, taking tougher measures to prevent the spread of Covid-19.

Americans will decide on Tuesday whether Donald Trump or Joe Biden will become president of the United States for the next four years.

Unseen-before numbers of people have voted early. This can delay results over the course of the day, as many state officials are not used to processing large numbers of postal ballot papers.

As of Saturday evening, more than 90 million votes have been cast in the elections. This shows that there was a large turnout of 65 percent of the total votes cast in 2016.

All of the latest polls put Biden at least 10 points ahead nationally. But the election’s fate is in key swing states like Pennsylvania and Florida. Biden is a few points ahead in both, but when it comes to Trump, surprises are a situation that all parties expect.

The biggest fear in the market and for Congress, the courts, and the Pentagon is that Trump declares victory on November 3 if he is ahead even before all polls are counted, or he refuses to concede if he is defeated by a small margin.

Some strategists predict that a Biden presidency will bring a much different economic approach to dealing with the epidemic than Trump’s and pave the way for a more generous fiscal stimulus package, especially as both chambers of Congress appear to be shifting to Democratic majorities.

Alongside the Fed, the Bank of England (BoE) and the Reserve Bank of Australia (RBA) may announce further measures at their policy meetings to largely support the economic recovery.

The Federal Reserve System is conducting its monetary meeting a day later than usual with a policy announcement at 19:00 GMT on Thursday.

Analysts are not expecting a major change in Fed policy, but they will be looking for a sign that policymakers are preparing to change Fed bond purchases at a later meeting, perhaps even in December.

The Bank of England (BoE) will be announcing its policy decision on Thursday, under the influence of the new restriction announcement coming over the weekend.

The government’s new stay-at-home order will strengthen the possibility of the Monetary Policy Committee to launch new quantitative easing plans. Analysts estimate that the central bank could add another £ 50bn to £ 150bn to its target asset purchase stock. However, there is a concern that this may not be enough to accelerate growth right now.

The bank’s new forecasts seem to show that the summer recovery was weaker than expected in August, the output would barely increase in the fourth quarter at best, and the traces left by the epidemic in the economy will be deeper and longer.

In Australia, investors expect the central bank to lower interest rates with the introduction of more quantitative easing on Tuesday, although they are not sure.

The strength of the Australian dollar is a concern for the bank as it represents an additional hurdle to be overcome to stimulate growth.

The US elections are expected to have significant implications for the economic recovery, which is already showing signs of slowing, as employment growth slowed in September.

US non-farm payrolls for October will be released on Friday. After the increase of 661,000 in September, this time the figure is estimated to be at around 600,000. The unemployment rate is also expected to decline from 7.9 percent in September to 7.6 percent in October.

On Thursday, the weekly first unemployment claims, which continue to be monitored closely during the pandemic, are announced.

The US and UK also publish several PMI readings throughout the week.