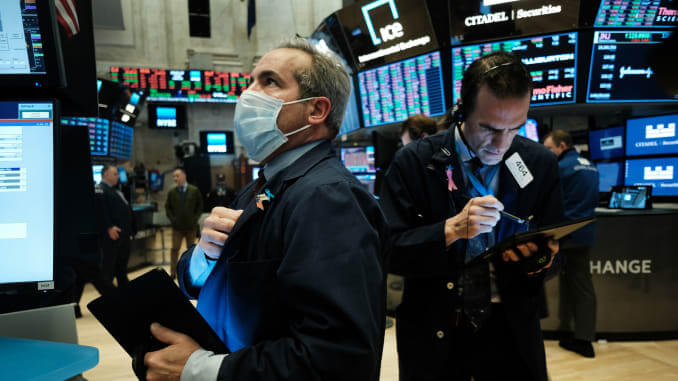 European Commission President Ursula von der Leyen said on Friday that the European Union and the UK have made better progress towards a trade agreement in the past few days, but there is still a lot of work to be done before a deal comes into effect by the end of the year.

Diplomats, who were previously briefed by the EU executive body which negotiated with the London government on behalf of the 27 member states, said Brussels and London were at odds over fishing rights, fair competition guarantees, and ways to resolve future disputes.

At a press conference, von der Leyen made a more optimistic note about the recent talks, pointing to progress in the issues of state aid and equal playing field.

Brexit chief negotiators suspended direct talks Thursday after a member of the EU team tested positive for COVID-19, but officials continued to work remotely to finalize a trade agreement that would take effect in just six weeks.

American pharmaceutical company Pfizer said Friday that it was applying US health regulators for emergency use authorization (EUA) of its vaccine that proved highly effective in trials.

The application to the US Food and Drug Administration (FDA) comes days after Pfizer and its German partner BioNTech reported the final results of a vaccine trial oshowing 95% effectiveness in preventing COVID-19 with no significant safety concerns.

Pfizer’s shares rose 2%, and BioNTech rose 5% on the news that a vaccine could soon be available, raising hopes for an end to the pandemic that claimed more than a quarter of a million in the United States and 1.3 million worldwide.

“Filing in the U.S. represents a critical milestone in our journey to deliver a COVID-19 vaccine to the world and we now have a more complete picture of both the efficacy and safety profile of our vaccine,” Pfizer Chief Executive Officer Albert Bourla said in a statement.

Companies were waiting until mid-December for the FDA’s permission to allow immediate use before they promptly start shipping doses, he said. Pfizer said it expects 50 million doses of vaccine to be ready this year, enough to protect 25 million people.

The top health regulator in the US plans to meet on December 8–10 to discuss the vaccine, an FDA advisory committee told Reuters.

Jens Weidmann, chairman of the Federal Reserve (Bundesbank) and member of the European Central Bank (ECB), said on Friday that the ECB does not have a democratic mandate to play a direct role in combating climate change and that further activism could risk undermining its independence.

As climate change poses an increasing risk to the global economy, policymakers are debating what role central banks should play in combating it. ECB President Christine Lagarde has long been advocating for climate activism, calling it a “critical task”.

However, Weidmann, a conservative policymaker on the ECB’s Governing Council that often contradicts mainstream views, gives only a limited role to the bank’s role on climate.

“An active role in climate policy — or in other policy areas — could undermine our independence and ultimately compromise our ability to maintain price stability. Central bank independence is a must for us to focus on our primary goal,” Weidmann said in a speech Friday.

Lagarde claims that the secondary mandate of the ECB, a clause vaguely articulated in the EU Treaty requiring the bank to support the bloc’s overall economic policies, gives it the necessary powers.

But Weidmann said that climate change is a political problem and not the job of unelected bureaucrats:

“Central bankers do not have democratic legitimacy to correct political action or inaction. We have not been given independence so that we can make decisions that politicians do not want to make on their own.”

Francois Villeroy de Galhau, Weidmann’s French counterpart, and colleague as ECB policymaker said on Friday that the bank should address climate change in its approach to monetary policy.

“Climate change has a strong long-term impact on prices (starting from energy) and the economic outlook. But we are already seeing short-term effects: think of forest fires or structural changes operating in the European automotive industry,” Villeroy said.