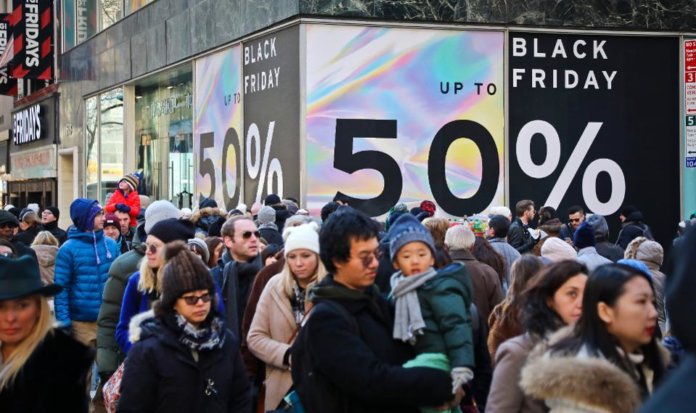 Earlier reports last week suggested Trump was ready or pondering the signing of the Hong Kong human rights bill into law, however, his later remarks to Fox & Friends signaled his unwillingness to further severe with China in the midst of the trade war.

The Communist Chinese regime’s officials have given serious warnings to Trump not to sign the HK bill.

Both Washington and Beijing keep insisting they work hard to reach a trade deal to resolve the disputes but they have so far failed to get one as the year’s end nears.

In Britain, the opposition Labour Party and the ruling Conservatives released their much different election manifestoes.

For much of the week, markets will be following what else Prime Minister Boris Johnson and his main rival Jeremy Corbyn have to say during their ongoing, respective campaigns to reach out to voters ahead of the December 12 snap general elections.

Markets in the US will be closed on Thursday full day for the celebration of the Thanksgiving and half of the following day, on Black Friday when American consumers will swarm shopping centers around the country.

But early in the week, we will be hearing from the Federal Reserve Chair Jerome Powell. The Chair’s remarks for the first time since he met with Trump at the White House are to be closely followed as the speaks during a Monday event in Rhode Island.

Powell will likely be touching on a variety of issues, primarily among them the trade war, negative interest rates which were much debated at the last FOMC meeting and the US economy’s health.

Later on Wednesday, investors will tune for the release of the US third-quarter GDP figures and Fed’s Beige Book on economic conditions in the country.

August 31: Your finance report - the week ahead

August 24: Your finance report - the week ahead

August 17: Your finance report - the week ahead