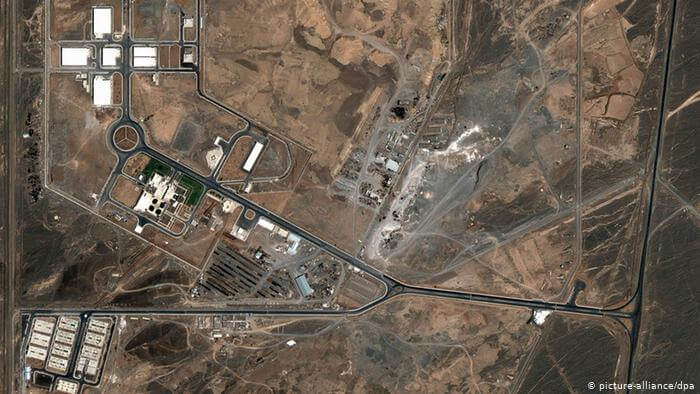 Senior Israeli officials said that the Israeli Defense Forces (IDF) had in recent weeks been instructed to prepare for a possible US military attack against Iran before President Trump leaves the office.

Hitting or not hitting Iran

According to the Tel Aviv correspondent of the American news site Axios, the Israeli government instructed the IDF, not because of any intelligence or evaluation that Trump would order such an attack, but that senior Israeli officials expect a sensitive period before Biden is inaugurated.

Israeli officials said the IDF’s preparedness measures are directly related to a possible retaliation against Israel or through Iranian proxy groups in Syria, Gaza, and Lebanon.

Last week, the New York Times reported that at a meeting with top members of Trump’s national security team, Iran raised the possibility of an attack on the uranium enrichment facility in Natanz.

In the world’s largest economy, also the economy suffered the most from Covid19, the pace of the first unemployment claims increased last week.

A total of 778,000 unemployment claims were registered in the week ending November 21, the US Department of Labor reported on Wednesday.

The US government said its third-quarter gross domestic product grew by 33.1%. Although this is slightly below estimates, it shows that the economic recovery remains on track.

With financial stimulus largely coming to an end, another bailout package is expected only after Joe Biden, elected President takes his oath on January 20.

Growth estimates for the fourth quarter are below a 5% annual rate. Despite encouraging advances in vaccines, COVID-19 infections, which have escalated with the cold season, have caused economists to sharply lower their GDP growth forecast for the first quarter of 2021.

Goldman Sachs lowered its forecast from 3.5% to 1.0%. JPMorgan expects GDP to contract by 1.0% in the January-March quarter.

The Dow Jones Industrial Average traded over 30,000 for the first time in history on Tuesday.

The milestone is largely symbolic. However, it is important in terms of showing the strength of the rapid recovery in the stock market since the beginning of the coronavirus epidemic. Dow was trading below 19,000 just 8 months ago.

It took Dow 218 trading days to reach the final 1,000 point milestone. When it closed almost 8 months ago at 18,321, the Dow had reached its pandemic low, rising 62% since then, with the meteoric rise in the stock market.

The stock market has challenged a never-before-seen epidemic affecting the lives of billions of people worldwide, killing hundreds of thousands of people in the United States and leaving the economy in shambles.

Stocks were fueled by central bank support and massive stimulus packages, although largely dried up now. A handful of tech companies, including Amazon and Apple, are leading a large part of the market recovery.

Interim trial results from a number of vaccines showed a high efficacy rate and revealed the possibility of a faster return to normal. This is one of the most important reasons that increase the stocks.

An action that US Treasury Secretary Steven Mnuchin says is planning could severely limit the ability of his possible successor, Janet Yellen, under the future Biden administration to promptly restart the Fed’s economic programs.

According to American financial network Bloomberg, Mnuchin plans to shift the $455 billion of unspent “CARES Act” funds to a special account that requires Congressional access.

Assuming there is no agreement before the handover of power, no one knows how long it will take Congress to pass another stimulus package when Joe Biden takes office. In theory, these funds could support the Fed’s economic support programs as Congress drew up its next aid package.

Now the Fed may face an additional hurdle to use these funds, such as Congressional approval. The real question is whether Mnuchin can do this.

Bharat Ramamurti, part of the watchdog panel that oversees CARES Act funds, tweeted that Mnuchin’s plans were “illegal and could be reversed next year”. Treasury argues that Mnuchin’s act is legal.

Ursula Von Der Leyen, head of the European Commission, said Poland and Hungary should go to the European Court of Justice to ask about the link between access to EU funds and observing the rule of law, rather than blocking the EU’s 2021–2027 budget and bailout plan.

The proposal to go to court is one of the ways EU officials have unofficially discussed to end the veto of Warsaw and Budapest, holding hostage the 1.8 trillion euro EU funds earmarked to revive the block’s economy.

Speaking to the European Parliament, Ursula von der Leyen stressed that the EU rule that the bloc’s funds can only be sent to governments observing the rule of law will be applied only to protect EU budget funds.

Poland and Hungary, which are under official EU investigation for undermining the independence of the courts, the media, and civil society organizations, fear the risk of losing access to tens of billions of euros in the next seven years.