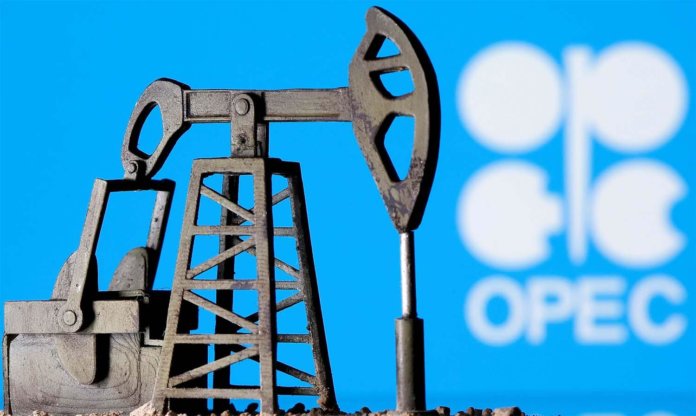 A prominent Iranian nuclear scientist Mohsen Fakhrizadeh was injured in an attack outside the capital Tehran on Friday and was being treated in a hospital, the semi-official Fars news agency reported, according to Reuters.

Shortly before, several Iranian news outlets including state broadcaster IRIB said a nuclear and missile scientist had been assassinated in an attack. There still are conflicting reports regarding the assassination, and Tehran’s nuclear energy body said there had been no incident involving a nuclear scientist.

Organization of Petroleum Exporting Countries OPEC and their allies collectively known OPEC+ will hold its ministerial panel on Saturday ahead of the scheduled meetings next week.

OPEC+ is discussing whether it will increase oil production cuts from January 1, as previously agreed, or continue production at the same rate to counter the impact of stagnant oil demand and the coronavirus outbreak.

An OPEC+ letter seen by Reuters stated that Russian Deputy Prime Minister Alexander Novak will attend the informal consultations of the heads of the OPEC+ Joint Ministry Monitoring Committee on Saturday.

Until earlier this month, Novak served as energy minister and led Moscow’s efforts to establish close ties with the cartel and consolidate the agreement on production cuts.

OPEC+ will meet on 30 November and 1 December to decide on its production policy next year.

Statements from the European Union and the UK on Friday show that there are still substantial differences between the two parties regarding a Brexit trade agreement.

EU chief negotiator Michel Barnier is reluctantly preparing to go to London with one last attempt to avoid a turbulent finale to the five-year Brexit crisis.

With just five weeks before the UK finally leaves the EU’s orbit on December 31, both sides are urging the other to compromise on the three main areas of contention: fisheries, state aid and how to resolve future disputes.

The two sides will continue face-to-face negotiations after talks were briefly suspended last week after one of Barnier’s team tested positive for COVID-19.

“Clearly there are substantial and important differences still to be bridged but we’re getting on with it,” British Prime Minister Boris Johnson told reporters. “The likelihood of a deal is very much determined by our friends and partners in the EU - there’s a deal there to be done if they want to do it.”

Barnier said he will go to London on Friday evening to meet with UK’s chief negotiator David Frost, his British counterpart. “The same important differences remain,” Barnier said on Twitter.

So far, neither side has shown enough willingness to make enough changes to make progress on three unresolved issues. “Some people are asking me why we are still talking. My answer is that it’s my job to do my utmost to see if the conditions for a deal exist. It is late, but a deal is still possible, and I will continue to talk until it’s clear that it isn’t.” Frost said.

“We look to reach an agreement on this basis, allowing the new beginning to our relationship with the EU which, for our part, we have always wanted. We will continue to work hard to get it - because an agreement on any other basis is not possible.”

Private sector members of the government’s top economic council said on Friday that a stimulus package with large enough spending must be distributed to prevent conditions from worsening in the world’s third largest economy.

The recommendations made at the Economic and Fiscal Policy Council meeting Friday are aimed at preparing the ground for discussions on the government’s economic policy.

In Europe with a second wave of COVID-19 hitting the continent in November, morale in nearly the entire economy especially in sectors most affected by lockdowns such as services and retail fell while eurozone economic sentiment receded for the first time in seven months.

The European Commission’s monthly survey showed that sentiment in 19 countries sharing the euro fell from 91.1 points in October to 87.6 points. This figure is still higher than the median market expectation of 86.5 points.

The survey is typically conducted during the first two to three weeks of the month, meaning it is about sentiment after a series of lockdowns were announced, including Germany and France, the euro area’s two largest economies.

“After the partial recovery of sentiment between May and September and the broad sideways movement in October, the drop is the first one since sentiment fell sharply in the first COVID-19 wave,” the European Commission said in its report.

The commission pointed out that the decline in sentiment is due to trust between retail, services and consumers. Having largely avoided shutdowns, sentiment in industry and construction saw only slight declines.