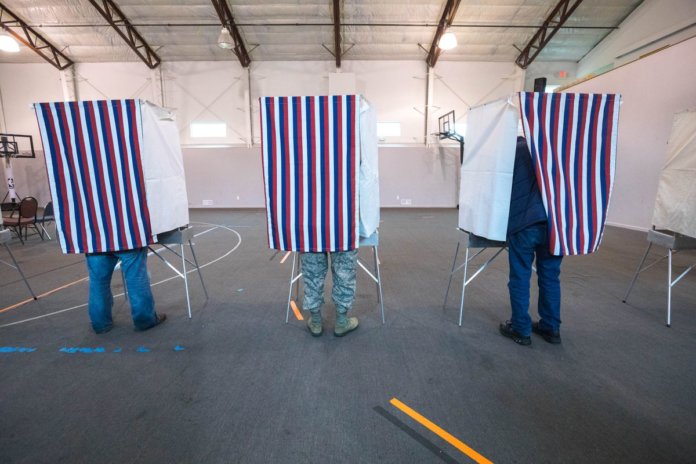 Americans are going to the polls Tuesday to decide whether Donald Trump, who has polarized the country in an unprecedented manner compared to any period of recent history, should be re-elected president against his resurgent democratic rival Joe Biden.

Democratic candidate and career politician Biden has strong and consistent leadership with at least 11 points ahead of Trump in national polls.

However, Republican Trump is aware that just like he lost the popular vote to Democrat Hillary Clinton with a difference of almost 3 million votes in the 2016 elections, he still has a high chance for the presidency as he won with a surprising result of 304 delegates with support from critical swing states. Despite winning 48 percent of the votes, Clinton lost due to receiving only 227 state delegates.

For one of the candidates to become president, he will have to win at least 270 out of a total of 538 delegates.

However, it may still take days to know the outcome, due to the different electoral systems and censuses of different states.

Ballot boxes were opened at 6:00 am local time in some east coast states. The most closely watched results will begin to drip after 19:00 local time. When the ballot boxes are closed in Alaska and Hawaii.

Biden pressure on the Turkish lira

Having dropped to historic record lows, the Turkish lira continues to depreciate in anticipation of a Biden victory. As the ballot boxes open in the US, the lira is expected to see great volatility. A potential Biden victory will be even worse news for the lira, which set a new record against the US dollar at 8.54.

Central Bank of the Republic of Turkey (CBRT) has failed to contain the freefall despite a rate hike surprise in September, due to the possible Western sanctions on Ankara, and depleted foreign exchange reserves.

Societe Generale expects the lira to rise to 9 against the dollar towards the end of the year, in its most recent forex assessment.

As investors in the US bet on a Biden victory, Wall Street’s main indices jumped at the opening in hopes of a faster and bigger fiscal stimulus package.

Elections are held today for 14 seats of the US Senate in various states. There is a possibility that Democrats will take over the Senate, along with the White House, after the House of Representatives. However, the final results of at least five of these competitions may not be available for days and in some cases for months.