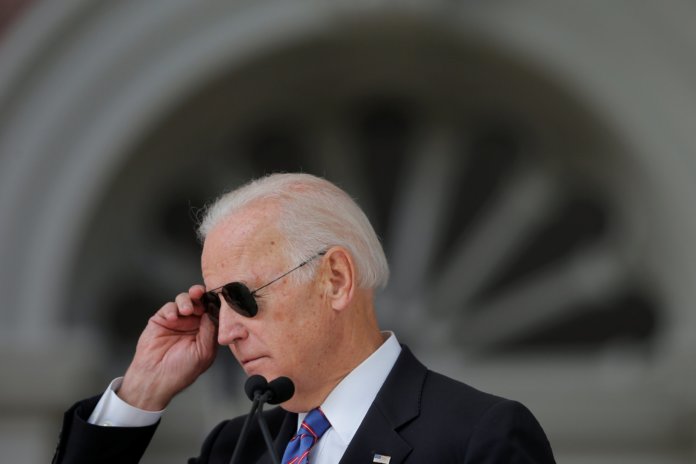 Democrats’ candidate for the US presidency, Joe Biden, came close to victory as state election officials continued to count the final votes to decide the outcome in the US presidential race on Thursday.

President Donald Trump claimed fraud without providing evidence, filed lawsuits in at least 5 states, and called for a recount of votes, and then even tweeted later: “STOP THE COUNT!”

The race remains locked in five states. Biden maintains a slight lead in Nevada and Arizona. Trump is watching his weak advantage in the states of Pennsylvania and Georgia, which he must certainly win, disappear with increasing votes for Biden. The Republican president is leading with a little gap in North Carolina.

Trump must win the states he is still ahead of and Arizona or Nevada in order to get re-elected and avoid becoming the first US president in office to lose re-election in 1992 since Republican George HW Bush. He lost Arizona, according to Fox News. His lead in Nevada fell to 8,000, according to the Decision Desk HQ.

Edison Research ranks Biden 213 to 243 in the Electoral Board vote, which is largely based on the population of a state. Fox News and Associated Press give Biden 264 delegates to win. This means that Biden is very close to the 270 delegates required to become president, and it might enough for him to get either Georgia or Nevada.

Nevada and Georgia will announce updated results within hours. While the difference in Pennsylvania has decreased to 150 thousand in favor of Biden, there are at least 730 thousand votes to count. This is a great advantage for Biden, but if Biden is declared victor in either Georgia or Nevada, even winning Pennsylvania may not be enough for Trump.

States, where the Trump campaign has sued, are Pennsylvania, Georgia, Michigan, Nevada. Trump is ahead in the other three, except Michigan, where he lost 150,000 votes, but the situation is critical.

Fresh claims for unemployment benefits in the US have remained virtually stable over the past week. This shows that layoffs remain at a high level while virus cases are increasing in various states.

While uncertainty in the presidential election overshadows almost everything, the Department of Labor announced Thursday that applications for unemployment benefits fell by 7,000 to the seasonally-adjusted 751,000 for the week ending October 31.

This is the lowest since socio-economic measures to control the spread of the coronavirus outbreak began in mid-March. The data for the previous week was readjusted by an increase of 7,000 to 758,000.

The number of people receiving unemployment benefits through regular government programs that cover the vast majority of workers fell by 538,000 in the week ending October 24 to about 7.3 million. Many of these employees were recalled to their jobs or hired elsewhere.

The labor market made up more than half of the 22 million jobs lost in March and April, but the pace of recovery has slowed in recent months.

Claims data came one day before the government’s October non-farm employment report, which provides the broadest view of the labor market.

Economists spoke to The Wall Street Journal estimate that employers created 530,000 new jobs in October. Economists expect the unemployment rate to decline from 7.9% in September to 7.7%.

The Bank of England (BoE) kept interest rates steady on Thursday as the UK enters a new period of socio-economic lockdown measures expected to hit the country’s economic recovery.

In addition to keeping the main lending rate at 0.1%, the BOE Monetary Policy Committee (MPC) voted to increase the target asset purchase stock to 895 billion pounds.

Last month, the BOE asked British banks if they were prepared for negative interest rates, announcing in September that it was exploring the possibility of charging below zero interest rates if needed.

Since the start of the coronavirus pandemic in March, the bank has cut interest rates from 0.75% to 0.1% on two occasions.

“The effect of these policies depends on the state of the world that we are in, and we are obviously in a difficult period at the moment with a further downturn,” Bank of England Governor Andrew Bailey told CNBC.

“But that doesn’t mean that we should hold back from using all the tools we can, to do everything we can, to support the economy and frankly to support people’s livelihoods.”