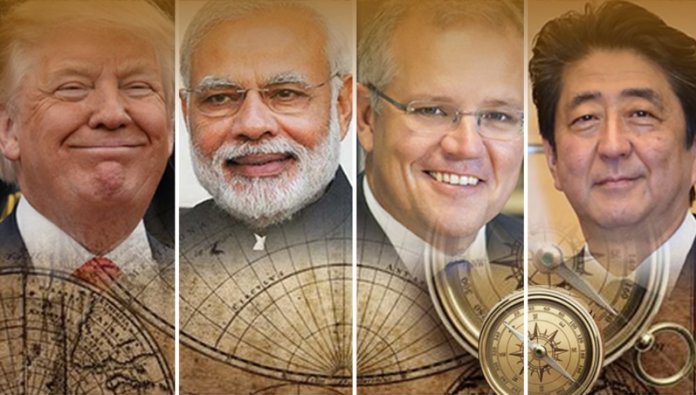 The world’s second-largest economy China where the global coronavirus epidemic originated, the economy continues to gain momentum during the recovery phase.

The Chinese economy grew by 4.9% in the July-September period compared to a year ago, according to government statistics released on Monday.

This figure is greater than the 3.2% increase that China recorded in the second quarter, when it managed to avoid the epidemic recession that affected most of the world. However, growth was still a little weaker than expected. Analysts who participated in a Refinitiv survey predicted that the Chinese economy would grow 5.2%.

While most of the world continues to fight the virus, China’s recovery is happening relatively quickly. The country has implemented strict restrictions and population monitoring policies aimed at containing the virus, allocating hundreds of billions of dollars for major infrastructure projects to accelerate economic growth.

The positive momentum over the past six months has also helped the Chinese economy recover all the output it lost after a historically bad first quarter. GDP grew by 0.7% cumulatively in the first nine months of 2020, according to data on Monday.

US Secretary of State Mike Pompeo warned on Sunday that the United States would impose sanctions on any persom, organization or state that would assist Iran’s weapons programs.

The UN arms embargo on Iran ended as of yesterday.

“For the past 10 years, countries have refrained from selling weapons to Iran under various UN measures. Any country that now challenges this prohibition will be very clearly choosing to fuel conflict and tension over promoting peace and security,” Pompeo said in a Sunday statement.

“Any nation that sells weapons to Iran is impoverishing the Iranian people by enabling the regime’s diversion of funds away from the people and toward the regime’s military aims,” he added.

In response, the Ministry of Foreign Affairs of Iran announced that “the Islamic Republic of Iran can procure the necessary weapons and equipment from any source without any legal restrictions and only based on defense needs”. But Tehran has said it has no intention of turning to conventional arms “buying spree”.

US House of Representatives Speaker Nancy Pelosi gave the Trump administration 48 hours Sunday to resolve remaining disputes over the coronavirus stimulus package. Negotiations in Washington have been inconclusive for months amid the economic devastation caused by the coronavirus epidemic.

While investors continue to worry about the increase in Covid-19 cases across the US, Johns Hopkins University data showed that Covid-19 cases increased by 5% or more in 38 states on Friday. The daily average of cases rose across the country.

Speaking on Pelosi’s statement on Monday, Trump’s White House chief of staff Mark Meadows who joins the negotiations along with Treasury Secretary Steven Mnuchin, expressed hope that an agreement could be reached within 48 hours.

However, the political maneuvers of Trump and Pelosi suggest that the duo are more likely not to find common ground before the 3 November presidential elections. Tens of millions of Americans are waiting for stimulus news from Washington while unable to pay their rent, go to their work, and fully relaunch their businesses.

The Indian Ministry of Defense announced Monday that Australia will participate in planned annual naval exercises with India, the United States, and Japan.

India is hosting Malabar exercises in the Bay of Bengal next month.

“As India seeks to increase cooperation with other countries in the maritime security domain and in the light of increased defense cooperation with Australia, Malabar 2020 will see the participation of the Australian Navy,” the defense ministry said in a statement.

Australia thus returns to joint exercises for the first time in 2007, following harsh criticism from China.

The US is pushing for deeper cooperation with Japan, India, and Australia as a front against China’s growing regional influence.

The group called Quad, currently a loose strategic coalition of the four leading democracies of the Indo-Pacific region, is stepping up military cooperation this year to contain China. The joint exercises will be the first concrete military action in the China-Quad polarization, analysts say.