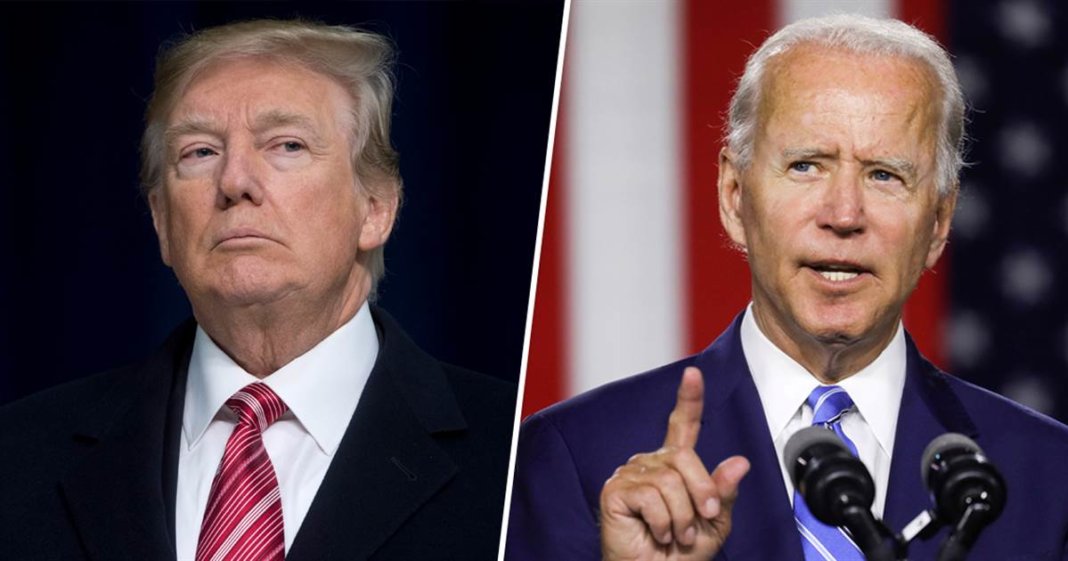 US President Donald Trump engaged in a moderate and consistent performance compared to the first in the last live television debate with his rival Democratic candidate Joe Biden in the November 3 election.

Just 11 days before the November 3 elections, Trump still faces the same fundamental problem: combating the coronavirus epidemic that swept across the country and killed 220,000 people, and restoring the world’s largest economy hit by the epidemic.

Biden appears to be ahead of Trump in public opinion polls with a wide national margin nationally as the race enters its final phase and a narrow margin in key swing states.

The debate in Nashville, Tennessee, on Friday was the last opportunity bot both to get out in front of a wide television audience. Unlike the first debate in September, Trump did not repeatedly interrupt Biden this time and more calmly attacked his opponent over allegations of corruption by his family and son in Ukraine.

The highlight of the debate was when Trump had Biden admit that he would shut down the oil industry.

“Are you going to shut down the oil industry?” Trump asked. “I have a plan to transition from oil. Yes,” Biden said, giving Trump’s campaign a trump card that would be very useful.

Biden had repeatedly said that he would ban hydraulic breaking in front of the cameras in the democratic primaries. Biden’s attitude towards the oil industry could cost him invaluable votes in Pennsylvania.

On the 70th anniversary of Chinese troops entering the Korean War to fight US troops, President Xi Jinping said Friday that he would never allow his communist-regime country’s sovereignty, security, and development interests to be undermined.

Although Xi did not name the USA. The two countries are in deep disagreements, from trade to technology, from human rights to coronavirus and to geopolitical territorial claims. Taiwan has become a growing conflict and military tension.

Quoting Mao Zedong, the founding father of the People’s Republic of China, Xi said at the Great People’s Hall that “the Chinese people are now organized and should not be taken lightly.”

Xi repeated his call to speed up the modernization of the country’s defense and armed forces. “There can be no strong homeland without a strong army,” he said.

Tensions over Taiwan have sharply increased in recent months, with Washington increasing sales of military equipment to the democratically administered island and sending senior officials to visit. Washington angered China this week by approving the sale of up to $1.8 billion in weapon systems.

The UK and the European Union said they are making progress in last-minute trade deal negotiations that is aimed at preventing a turbulent finale in the five-year Brexit crisis, but the fisheries issue remains the biggest hurdle.

The UK left the EU in January, but the two sides are trying to reach an agreement that will cover almost a trillion dollars in annual trade.

“We are in intensive negotiations with the EU — we have made real progress. We are making good progress in the negotiations,” British Trade Minister Liz Truss said on Friday.

“But if the EU is not ready to make a deal that allows Britain to retain its sovereignty, then we will go on Australian-style terms, and I think that’s perfectly reasonable,” added Truss.

Johnson briefly cut the talks last Friday after London threatened to undermine the 2020 divorce deal. The EU said it is ready to talk about draft legal texts of an agreement.

Britain and the European Union’s chief negotiators David Frost and Michel Barnier are back together today and over the weekend for intense talks.