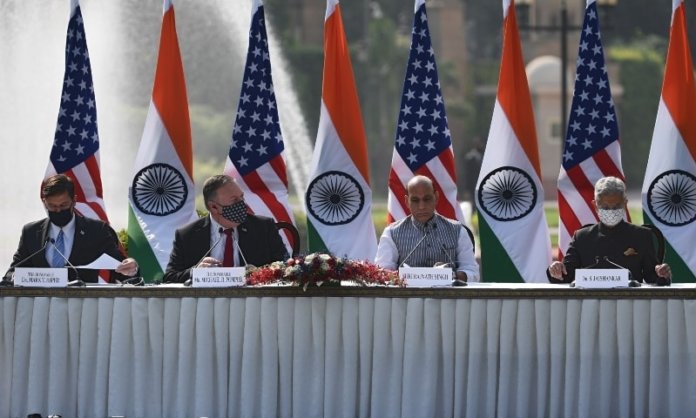 Oil prices rose over $41 on Tuesday, as oil companies stopped oil production in the Gulf of Mexico due to the Zeta hurricane, despite the return of supply in Libya where a ceasefire was established, and the rising coronavirus infections especially in Europe and the US.

Companies like BP, Chevron, and Equinor evacuated their offshore platforms in the Gulf. Producers have so far stopped producing oil by 16% or 293,656 barrels per day (BPD) due to Hurricane Zeta.

Libya’s national oil company said on Friday that its output is expected to reach 1 million BPD in the coming weeks. This complicates efforts by other OPEC members and allies to restrict production.

The Organization of Petroleum Exporting Countries and its allies known as OPEC+ plan to increase production by 2 million BPD after January, following this year’s record production cuts. But Russian President Putin stated that an extension of the current cuts could be on the table.

The European Commission said on Tuesday that the European Union and the United Kingdom are working hard to reach an agreement on their future relations before the transition period ends on December 31st.

While avoiding commenting on the ongoing negotiations, a spokesperson for the EU Commission said in a regular press briefing that both sides were heavily busy to reach an agreement.

The spokesperson said the two sides will meet in London for negotiations by Wednesday, after which negotiations will continue in Brussels.

Speaker of the US House of Representatives Nancy Pelosi said she is hopeful that an agreement can be reached before the 3 November elections.

Pelosi spoke on the phone once again Monday with Treasury Secretary Steven Mnuchin of the Trump administration. Both sides again failed to reach an agreement 9 days before the presidential election.

Big GDP projected. Pelosi only looking to Bail Out badly run Democrat Cities. Tap, Tap, Taping us along. She has little interest in helping out the “people,” President Donald Trump posted on Twitter on Tuesday.

Pelosi’s office also blamed the White House in an update yesterday to Congressional Democrats, saying she was still waiting for an answer regarding tests and further assistance from Trump.

A source speaking to Fox Business from Joe Biden’s campaign at the same time stated that if Biden is elected president on November 3 and takes office on January 20, he would go to Congress with a 2 trillion dollar offer of aid.

While uncertainty continues to cause sharp fluctuations in US stocks and assets, it remains a global risk factor.

Speaking of the risk factor, the ranks are tightening in the geostrategic confrontation between the US and China.

The US and India signed a military agreement Tuesday to share sensitive satellite and map data, while US Secretary of State Mike Pompeo warned of the increasingly ambitious China’s military and technological threats during his visit to India, the largest US ally in the Indo-Pacific.

After talks with their Indian counterparts, Pompeo, visiting New Delhi with Pentagon’s top civilian chief Mark Esper on Monday, said the two countries must work together to face China’s “threat to security and freedom”.

The annual US-India strategic dialogue takes place at a time of heightened tension in the region. Indian troops face off against Chinese forces on disputed Himalayan borders.