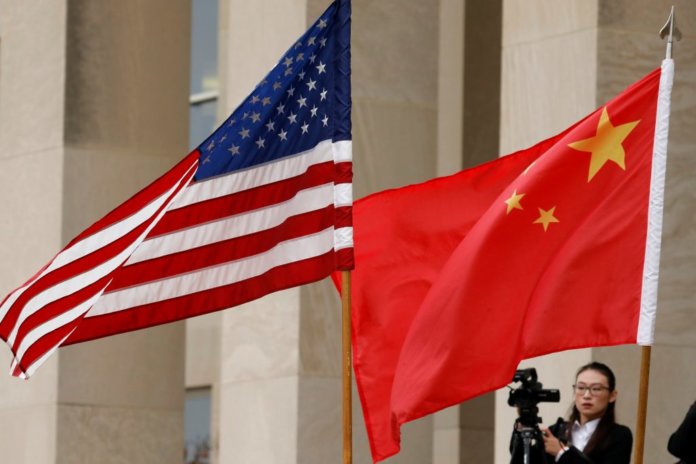 China’s vice-premier Liu He is visiting Washington, DC this week for a much-anticipated new round of negotiations to resolve the trade war with the US that is now threatening both countries’ economies as well as international commerce.

The US Treasury Secretary Steven Mnuchin and the US Trade Representative Robert Lighthizer will be discussing with Liu starting Thursday as time runs out amid tariffs, truces and goodwill gestures of the past several months. If they fail to reach an initial deal again, the US will move on with imposing an additional 5 percent duties on Chinese imports worth $250 billion by October 15, raising the stakes and harm in the trade war.

The US Federal Reserve will be releasing minutes from its Federal Open Market Committee’s September meeting on Wednesday. In that meeting, the Fed went ahead with slashing rates once more by another 25 basis points last month as Chairman Jay Powell continued to dodge attacks from President Donald Trump and reassured the markets of the US economy’s strength. The minutes will provide more details on the three dissenting votes during the last meeting.

The European Central Bank is also releasing minutes on Thursday from its last month policy meeting during which it went deeper into the negative territory by lowering its deposit rate by a further 10 basis points.

Trump’s Ukrainegate scandal will remain on top of the agenda as a second whistleblower came forward on Sunday in the midst of an impeachment inquiry by the House Democrats.

North Korea’s announcement over the weekend that the talks with the US in Sweden had broken is a heads-up to precious metal markets and safe haven investors of what may follow as potentially new missile tests.

The UK government’s Brexit conundrum is another major risk factor for the week as the EU refused British PM Boris Johnson’s latest proposal about the Irish border.

Russia’s President Vladimir Putin is visiting OPEC’s de facto leader and the world’s largest oil exporter Saudi Arabia on Thursday. Both Moscow and Riyadh are trying to control the fluctuations in oil supplies and prices as Arabia’s tensions with Iran cast a shadow on their relationship.

August 3: Your finance report - the week ahead

July 27: Your finance report - the week ahead