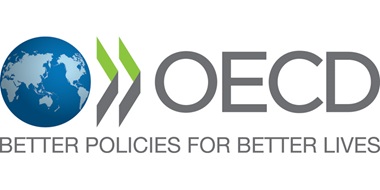 After World War II as part of the framework of the Marshall Plan to rebuild Western Europe the Organization for European Economic Co-operation (OEEC) was established in 1948. Headquartered in the Chateau de la Muette in Paris, it aimed to coordinate and supervise the aid mainly from the US. It was comprised of 18 members. As a permanent organization for economic cooperation, it followed several principles. To promote cooperation between member countries with the aim of reconstruction in Europe; removing trade barriers among European countries; creating custom union as free trade areas; achieving better labor utilization among others.

After the end of the Marshall Plan in the 1950s the OEEC provided the framework for establishing a European Free Trade Area and set up a European Nuclear Energy Agency. At the end of 1961, the OEEC was reestablished as Organisation for Economic Co-operation and Development (OECD) making it a global organization with the US and Canada as members. List gradually expanded, with total of 36 countries today.

As stated in the Convention of the Organisation for Economic Co-operation it will promote sustainable economic growth, employment and rising standard of living; promote financial stability and global development. Governments of member countries work together and share experiences related to economic, social and environmental issues thus adopt policies that are in their self-interest.

OECD monitors the situation in member countries as well as others. It makes short and medium-term projections of economic developments in global, regional and national reports, statistical databases, analysis and forecasts. The OECD Secretariat does the analysis, committees discuss policies, the Council makes decisions, and then governments of member countries implement recommendations. Committee-level discussions sometimes lead to agreements between governments, fostering their cooperation. Agreement on combating bribery, on arrangements for export credits, the treatment of capital movements are some of them.