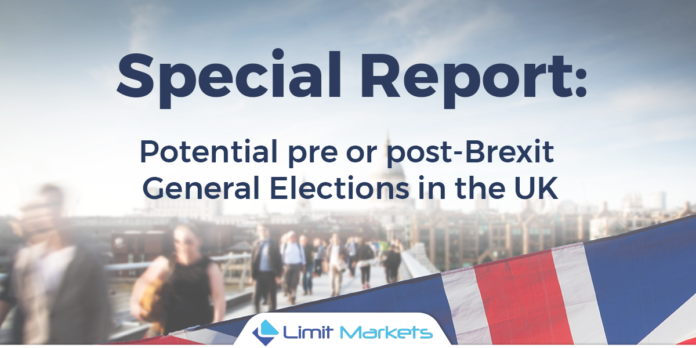 The United Kingdom has entered yet another phase of high political turmoil related to the country’s separation process from the European Union. The stakes were raised when, in late August, the Boris Johnson government asked the Queen to suspend the Parliament on September 9–12 and make her speech on October 14.

The pound took a slump in response to this not-so-unexpected development. Reports surfaced that Johnson had kept his request from the Queen as a secret even from most of his cabinet, including some senior members.

The move allows Johnson to bypass the Parliament in putting into practice his firmly-held promise of delivering Brexit “do or die, come what may,” when the clocks strike the last minute of the last hour of October 31. The opposition led by the Labour Party universally condemned the decision, calling it a coup, an outrage, an affront to the British democracy, unconstitutional. A majority of pro-EU pundits and politicians likened Johnson to a dictator, despite the fact that he simply in technical terms delayed the opening of the Commons.

Jeremy Corbyn, the Labour leader, challenged Johnson to an early election. What he proposes might as well be on Johnson’s mind – but only after Brexit is carried through, with the primary objective of saving the ruling Conservatives from destruction and absorption into the right-wing Brexit Party and the far-right United Kingdom Independence Party (UKIP.)

Corbyn’s call, however, is premature as there is little to no time for a pre-Brexit snap election to be held.

Johnson’s recent and increasing messages regarding the NHS, and programs to fight poverty and crime are perceived as signs of an election waiting in the drawer. Indeed, the very reason behind Johnson’s willingness to make Brexit happen at no matter what cost stems from the fact that general elections will most likely take place one way or another before the scheduled May 5, 2022.

The talk of an early general election will in the UK lead to even deeper division, polarization, and instability, paving the way for more capital flight from London, one of the world’s top financial meccas. The UK economy has already lost dozens of billions of pounds since the ominous 2016 referendum on departure from the EU and the pound has lost much value against its peers, the US dollar and the euro.

Considering that both Conservatives and the Labour bled in the May 2019 local English elections, it is plausible to think that the two will suffer again as their voters may turn more right and left wing respectively in line with the rising polarisation the Brexit issue has condemned the country to.

In a scenario where voters abandon the two mainstream parties, Brexit Party led by inarguably the architect of Brexit Nigel Farage on the right and the Liberal Democrats along with the Greens on the left may gain more power.

In the north, the strongly independence-minded Scottish National Party (SNP) will be making no surprises if it sweeps districts across Scotland. Northern Ireland, on the other side, is already witnessing a surge in calls for unification with the Republic of Ireland as a physical border that the EU and Dublin want to avoid might eventually be drawn between them.

A decisive turn of voters’ choices in the potential general elections will see Scotland more confident about its prospects of independence and NI more vocal about its desire to unify with the rest of Ireland.

As for the question who will then become the new prime minister and what party or parties will form a government, it is very difficult to make predictions. But one thing is clear that the UK has possibly met its demise in Brexit and that its economy as well the pound are face to face with even worse news unless Johnson or the next prime minister pulls a magical solution out of his or her hat.