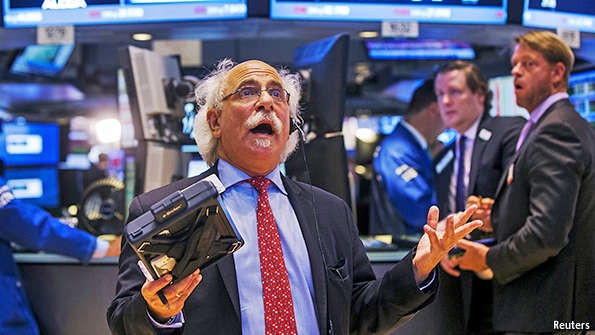 Mnuchin made a neutral comment, saying he was “looking forward” to the talks to resolve the trade frictions. President Donald Trump said on Wednesday that the discussions had been proceeding “very well.”

Republican Senator Lindsey Graham, a close ally of Trump in the Congress, said President was “inclined to take the deal and move on,” about the latest deal American lawmakers reached to avert a second government shutdown.

The federal budget agreement does not contain the 5.7 Billion USD that Trump wants for the Mexico border wall, however, it will keep the government open through September 30, 2019, the end of the fiscal year, if Trump signs it.

“One hike this year”

Philadelphia Fed President Patrick Harker said on Wednesday that “one rate hike for 2019 and one for 2020 are appropriate.” Harker does not vote on interest rates this year.

“There are a lot of risks out there. Brexit, China, Germany is one of them. There are lots of potential negative headwinds for the US economy,” he further said.

UK Prime Minister Theresa May played down claims that she would force MPs to either choose her deal or accept a delay in the Brexit process.

Britain’s chief Brexit negotiator Olly Robbins allegedly said that it was the deal or dealy at a bar in Brussels, TV news reported citing private sources who overheard him.

May said MPs should not rely on “what someone said to someone else as overheard by someone else, in a bar.”

The Spanish lawmakers rejected by a budget proposal by the Socialist Premier Pedro Sanchez, in a blow to his minority government that now face the possibility of early elections.

Catalan separatists who Sanchez relied on in forming the government, joined the right-wing Spaniards in delivering the result.