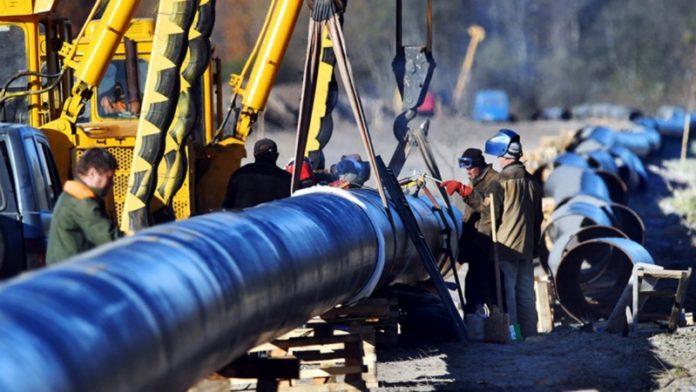 The Bank of England Governor Mark Carney was hawkish in a Thursday speech indicating interest rates could rise over the next three years if the UK avoids a Brexit shock and the economy perform as the central bank expects.

Both the UK’s ruling Conservatives and the opposition Labour Party were punished for the Brexit impasse by English voters in local elections, partial results showed on Friday. According to more than 40 percent of vote results declared, the Conservative Party had lost 359 councillors and the Labour Party had lost 74 councillors in England, BBC reported. Results from Northern Ireland are yet to be announced. There were no elections in London, Scotland and Wales.

US President Trump’s Fed pick, economic commentator Stephen Moore, withdrew from consideration after sharp criticism about his views on interest-rate policy and sexist comments about women.

The effect of Washington’s ending of Iran sanctions waivers on oil markets is waning. A Russian pipeline into Eastern Europe whose flow was halted due to contaminated oil became operational again. The Polish government had to open up its strategic reserves to cover for the cut. The turmoil in Venezuela remains tense as the US implies military action if necessary.

US gets China concessions

As part of trade negotiations, China would allow US cloud computing companies access to China’s fast-growing market. Americans are likely to win more access to the country’s cloud computing market than initially expected. However, Chinese commitments to curb industrial subsidies will probably fail, according to US Chamber of Commerce. Chinese Vice Premier Liu He is due in DC next week for another round of talks.

US worker productivity showed the fastest increase in more than four years in the first quarter. The Labor Department reported on Thursday nonfarm productivity increased at a 3.6 percent annualized rate, the strongest pace since the third quarter of 2014. It beat the forecast 2.2 percent rate increase.

US factory orders rose by the most in seven months in March, however, rising inventories and unfilled orders still indicate slower manufacturing activity. Factory goods orders increased by 1.9 percent, the most since August 2018.