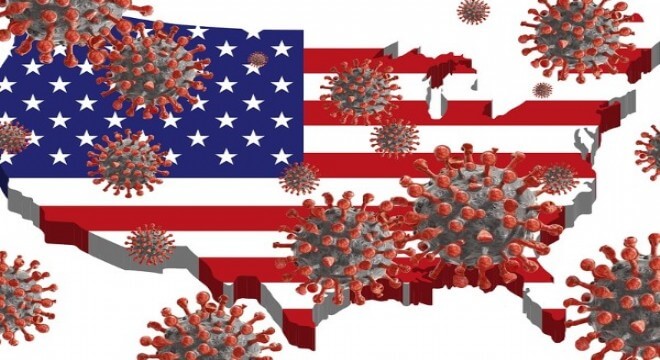 The death toll from the spread of the coronavirus in the United States is expected to exceed 200,000 on Monday.

The world’s largest economy that saw trillion-dollar blows from the pandemic, is poised to report the highest number of cases and deaths in the world.

According to John Hopkins University data, the US currently loses about 800 lives to the virus every day on a weekly average. This is lower than the 2,806 daily deaths record on April 15.

In the first months of the pandemic, 200,000 deaths were seen by the White House and senior US health officials as the maximum number of lives that could be lost due to the virus.

Earlier this month, US President Donald Trump defended how he was handling the crisis. He admitted that he downplayed the coronavirus danger when it first came out because he didn’t want to “cause panic”.

Six weeks into the presidential election on November 3, Trump is in trouble in swing states and behind his Democrat opponent Joe Biden in all major national opinion polls. Trump’s handling of the epidemic and the ensuing economic collapse have eroded his position among many voters.

ByteDance, the Chinese social media giant and owner of TikTok that has become one of the leading fronts in the US-China tech war, on Monday denied announcements that US companies and investors will have a majority share.

In response to Oracle and Walmart’s announcements that they will own the majority of the video app after an agreement with President Donald Trump’s administration over the weekend, ByteDance said TikTok will remain its global business subsidiary.

ByteDance said on Monday that 80% of the app will be owned by TikTok Global, a newly created US company that will own most of its worldwide operations. Oracle and Walmart, which agreed to buy 12.5% ​​and 7.5% shares in TikTok Global, respectively, said on Saturday that the majority of TikTok would be in American hands.

Trump signed an administrative order on August 14 that gave ByteDance 90 days to sell TikTok. The US administration justifies the decision that the personal data of more than 100 million Americans using the application can be transferred to China’s Communist Party government.

Trump said on Saturday that he in principle supports an agreement that would allow TikTok to continue operating in the US.

Sino-US Military Tension in the Pacific

The Chinese air force released a video showing a simulated nuclear attack on the US Andersen Air Base in Guam, a highly strategic Pacific island as military tensions increase.

The simulation, released by the People’s Liberation Army Air Force over the weekend on its Weibo account, came on the second day of Chinese navy exercises near Taiwan conducted to express anger a visit to Taipei by a senior US State Department official.

Guam is home to major US military facilities, including an airbase, which will be key to responding to any conflict in the Asia-Pacific region.

The two-minute and 15-second video released by the Chinese Air Force with serious, dramatic music, like a Hollywood movie trailer, shows the H-6 bombers taking off from a desert base, and hitting a place similar to the layout of Andersen airbase, as they leave a mushroom cloud behind.

The US and China have failed to find a compromise in their economic, commercial, and technological wars that affect commodity prices, especially gold. The two giants are now also facing each other in a military sense over the South China Sea dispute and Taiwan while conducting drills and navy maneuvers.

Oil prices fell on Monday, despite a tropical storm threatening US production in the Gulf of Mexico due to the possible return of production in Libya and rising coronavirus cases.

Workers in Libya’s large Sharara field have reportedly resumed operations after the National Oil Company announced that the force majeure had been partially removed. However, it is unclear when and at what level production will resume.

Despite developments in Libya, Goldman Sachs stuck to the forecast that Brent will reach $49 a barrel by the end of the year and $65 in the third quarter of next year. Barclays has raised the 2020 Brent outlook to $43 a barrel for 2020 and $53 for next year.

The hope of better alignment with the production cut agreement between the Organization of Petroleum Exporting Countries (OPEC) members and their allies underlies the bullish sentiment in the market.