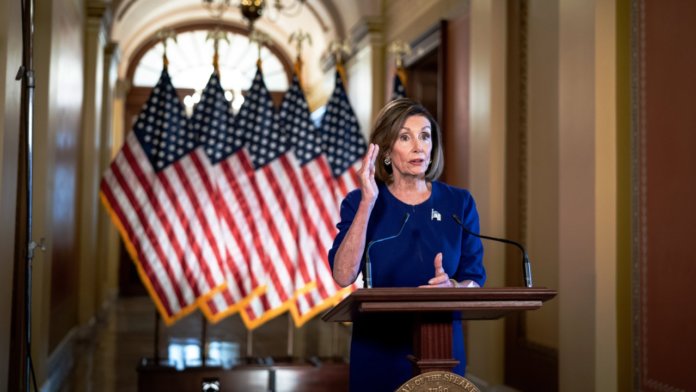 Pelosi accused Trump of “betraying his oath of office, our national security, and the integrity of our elections,” for allegedly seeking foreign from help Ukraine to smear his political rival Joe Biden ahead of next year’s presidential elections. “This week the president has admitted to asking the president of Ukraine to take actions which would benefit him politically,” Pelosi said.

A whistleblower from intelligence has claimed that Trump asked Ukrainian President Volodymyr Zelensky during a phone call to relaunch a judicial investigation against Biden’s son, Hunter Biden for his business activities or not receive some 400 million dollars in military aid approved by the Congress. Trump ordered the full and unredacted transcript of the phone call this week. He called the inquiry ‘a witch hunt.’

RBNZ Keeps Rates on Hold But Warns of Trade Tensions

“There remains scope for more fiscal and monetary stimulus, if necessary, to support the economy and maintain our inflation and employment objectives,” the RBNZ said in a statement.

The bank stated that employment remained near its maximum sustainable level and that inflation was within its target range but still below the targeted 2 percent. It also warned against global trade tensions, slowdown and subsequent falling demand for New Zealander goods and services.

Trump said during a speech at the UN that China had failed its promises OF reform and liberalization when it joined the World Trade Organization in 2001.

“Not only has China declined to adopt promised reforms, it has embraced an economic model dependent on massive market barriers, heavy state subsidies, currency manipulation, product dumping, forced technology transfers and the theft of intellectual property and trade secrets on a grand scale. As far as America is concerned, those days are over.” Trump said.

UK Supreme Court ruled out on Tuesday that Prime Minister Boris Johnson’s advice to the Queen to prorogue the Parliament for five weeks until October 14 was unlawful and called for an immediate opening of the Commons. Opposition leaders urged Johnson to resign immediately as he defied them and called for an election.