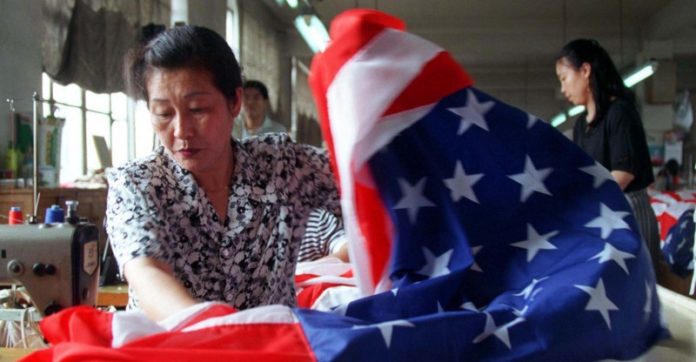 An American delegation in Beijing has begun talks with its Chinese counterpart to reach an agreement over the paused trade war. All major Asian stocks, from Japan to South Korea and Australia to Hong Kong entered a positive mood in the first day of the trading week ahead of the talks, with some of them gaining as much as 2.80 percent such as Tokyo’s Nikkei.

“I think China wants to get it resolved. Their economy’s not doing well,” Trump told members of the media at the White House. “I think that gives them a great incentive to negotiate,” he said.

The US Dollar looked vulnerable after Friday comments by the Fed chair Jerome Powell said that the central bank will pause its tightening policy, and put interest-rate hikes on pause. Powell flatly said “no” to a question at a conference of economists in Atlanta whether he would resign if President Donald Trump asked him to do so. There has been no reaction yet from Trump who loves getting into showdowns with anybody.

Trump threatened to invoke a national emergency should the Congressional Democrats continue to block his demand of 5 Billion USD for building a wall on the Mexico border as the government shutdown entered its 16th day. Trump’s latest comment came as the White House staff led by VP Mike Pence and Democratic leaders’ teams began talks to strike a deal to end the shutdown.

Oil prices rose by more than 1 percent at the first session of the week, rallying on optimism caused by trade talks between Washington and Beijing with OPEC’s supply cut plans yet to show effect. Gold also remained high due to a weak Dollar.

British PM Theresa May said her country is going to be in uncharted territory if the House of Commons rejects the Brexit deal she brought from Brussels. “I don’t think anybody can say exactly what will happen in terms of the reaction we’ll see in parliament,” May told BBC.

Meanwhile, more Britons want to see the country remain a member of the European Union, according to a YouGov survey released over the weekend. The survey found out that if a referendum was held immediately 46 percent of voters would vote to remain whereas only 39 would say yes to leave and 15 percent could not decide. More people also wanted a second referendum over the Brexit. Government officials have ruled out that possibility.