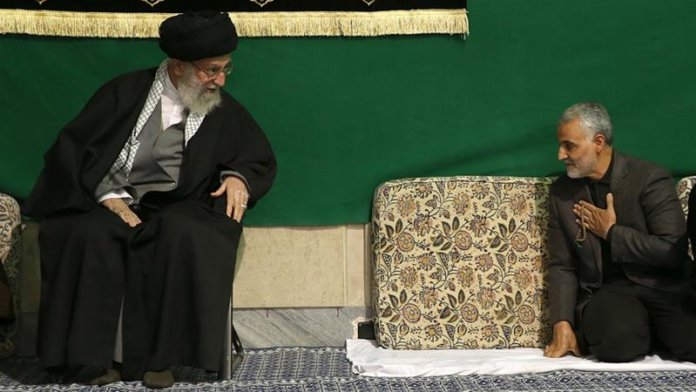 The US Department of Defense announced on Friday that the US killed in an airstrike General Qassem Soleimani, the head of Iran’s elite Quds Force and the architect of the regime’s military and paramilitary influence across the Middle East, near Baghdad airport.

The assassination of Soleimani who was personally responsible for Iran’s activities in Yemen, Iraq, Syria, Lebanon, and Gaza led to declines in Asian and European stocks. The US air raids in Iraq raised oil, gold, safe haven prices. Gold prices exceeded the threshold of 1545. Due to the geopolitical tension, US stock markets are expected to drop when they open.

A spokesperson for the Pentagon said the order came from President Donald Trump. Hours before the attack, at least three rockets fell a joint area of ​​US and Iraqi anti-terror forces at the Baghdad airport.

The Democrats, led by House of Representatives Speaker Nancy Pelosi expressed dismay that Trump ordered an assassination that could lead to war without permission from Congress.

Iran, Iraq and Syria condemned the attack. Three days of mourning were declared in Iran, and authorities vowed revenge. Russia described the US assassination of Soleimani as “a reckless step that would lead to increased tension in the whole region.”

Greece, Israel and Cyprus on Thursday issued a joint statement against Turkey’s decision to deploy troops to Libya.

China has decided to keep its inflation target at 3% without changing this year, according to Reuters that cited Beijing government sources. China will also avoid aggressive stimulus this year, while the country’s policymakers will focus on providing more economic support measures.

The agency wrote that the Beijing government expects food prices to begin to soften in the second half of the year, as it has taken steps to address the problem of pork shortages.