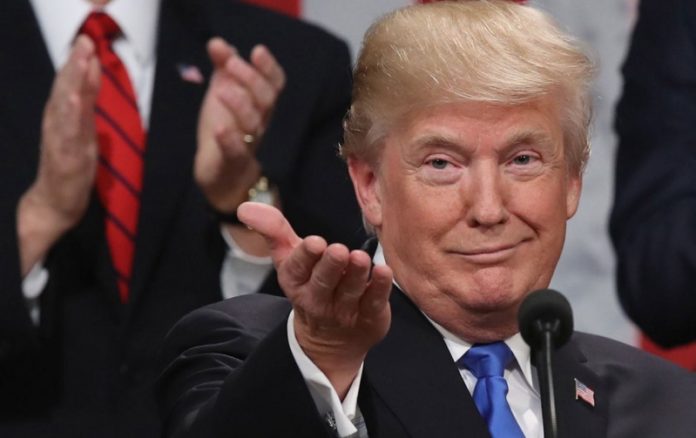 The most significant event of this week will be US president Donald Trump’s State of the Union (SOTU) address on Tuesday. The speech was at first set to take place January 29 but was postponed by the House of Representatives Speaker Nancy Pelosi due the then government shutdown that last 35 days over a budget impasse.

In his second SOTU speech Trump is most likely expected discuss border security in the south and the country’s immigration policy which he wants to tighten and the wall he wants along the Mexico border.

The president is also anticipated to declare when and where he will meet with the North Korean leader Kim Jong Un. His threat of shutting down the government again stands.

Among other political developments to watch will be the situation in Venezuela which is affecting the gold and oil markets. Given that France joined other Western nations on Monday in recognizing the opposition leader as the Interim President and Trump’s threat of a potential military intervention, Venezuela will continue to be on top of the agenda.

Brexit remains a hot topic in Europe while UK Prime Minister Theresa May tries to get more concessions on the Irish backstop clause from the EU ahead of a Parliament vote on the Valentine’s.

The Bank of England is meeting to decide on interest rates on Thursday under the shadow of a no-deal Brexit risk. BoE’s Monetary Policy Committee may think it is still early to raise interest rates so no increase is expected. The bank will also publish its inflation report about the last quarter.

On the same day, the European Commission is releasing its quarterly growth forecast and PMI data for the Eurozone.

In the US, on Monday corporate earnings by tech giant Alphabet, Google’s parent company, will affect S&P 500.

Walt Disney, Twitter, General Motors, are among others listed on the index that will report results throughout the week.

China and Hong Kong are entering the traditional Lunar New Year holiday that lasts for the whole week ahead. No official finance-related announcement should be expected from Beijing.