The Japanese economy is facing a unique set of challenges. Top among them is a consistently low inflation level that stubbornly remains way below the Bank of Japan’s two-percent target. A second challenge is the falling exports compared to the previous year. Both cases have in turn hit the manufacturing sector.

The main reason behind the gloomy outlook is the ongoing and intensifying trade war between Japan’s two largest trade partners, China and the US.

What Numbers Tell Us

In July 2019, the inflation rate once again went opposite of what the BoJ spurs things to go. It fell to an actual figure of 0.5% in year-on-year terms — that is 0.2% lower than the previous figure.

When it comes to the exports, we saw a steep slump in the overall picture that has been primarily pushed by the falling demand from China and elsewhere, including the US whose President Donald Trump threatened Japan as well due to an immense trade imbalance of 69 billion deficit. Adding to that is a recently-flared diplomatic and now trade row with South Korea over issues related to the Japanese occupation and war crimes in the first half of the past century.

As for the manufacturing sector, a striking figure came in August when the Jibun Bank’s Manufacturing PMI was revised lower to 49.3 from from the previous estimate of 49.5 and compared to July’s 49.4. The reading confirmed a strong contraction in the sector that is bearing the brunt of decreasing domestic consumption and rising external risk factors.

Amid all the bleak data, the unemployment level continued to drop. Japan’s seasonally-adjusted joblessness rate fell in July to %2.2 percent, the lowest in 27 years. The number was both below the previous month’s and in contradiction of a forecast rise to %2.4. 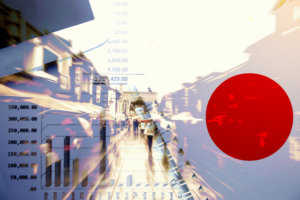 The Japanese economy is clearly worsening for the first time in years since the global recession ended. The fears also point at a potential recession — a designation market watchers are more cautious to use when it comes to Japan compared to Germany and the US amid bad data from the former and the latter’s trade wars.

Indeed, the latest GDP figure was a testament. The quarterly growth in the April-June period slowed down to an annualized 1.3% rate, according to Japan’s Cabinet Office. The first quarterly growth though stood at %2.2.

The BoJ is thus standing at a critical moment of decision with calls for further stimulus and even deeper cuts in interest rates that are already in the negative territory. 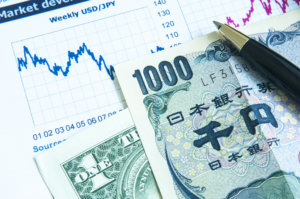 BoJ’s Governor Haruhiko has taken an accommodative stance towards what needs to be done to revive a highly developed country’s much mature economy.

“There are various things we can do, such as combining various tools or enhancing them,” Kuroda recently said in early September when asked if the bank would go for easing again. Cutting rates “further into the negative zone is always an option,” he added, so as to improve business conditions, make consumers spend more and help exporters sell their produce at a cheaper foreign exchange rate.

“We can’t rule out the possibility that conditions will deteriorate further, so we need to be vigilant mainly on developments in US-China trade tensions,” he explained, regarding the threats posed to the Japanese economy and how the bank could counter them via stimulus.