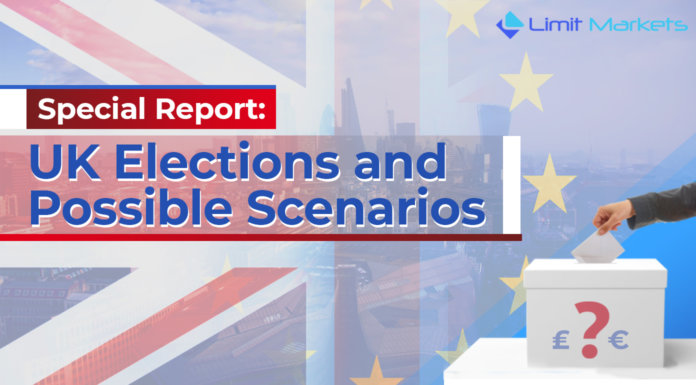 Lost in the Brexit dead-end, the Parliament of the United Kingdom finally decided on an early general election.

Prime Minister Boris Johnson, who was unable to get the draft laws passed due to the lack of a sufficient number of MPs in Parliament, called for early general elections many times in the process, but his requests had not been accepted by the opposition party. The European Union’s decision to postpone the UK’s offer to extend Brexit to 31 January 2020 eased the possible ‘no-deal’ Brexit worries on the opposition party for a while and led to Johnson’s recent early election call to be accepted by the opposition. General elections scheduled for 2022 were rescheduled for December 12, 2019.

General elections in the UK have resulted in a Conservative Party or Labour Party victory since 1922. Considering the election expectations, it is predicted that there will be no surprises in the early general elections held on December 12, and one of these two parties will win the election.

Although the ruling Conservative Party is leading the elections, a coalition with the Brexit party, which has a similar electoral audience, may be needed to gain the majority in Parliament and carry out Brexit on January 31, according to the poll results. On this issue, Boris Johnson rejected Brexit party leader Nigel Farage’s call for an electoral alliance. He thinks that he can win the election on his own.

In addition to their promise for Brexit on January 31, it is expected that the Conservative Party will target the parliament in their election propaganda and defend their stance that the Brexit deal will be sabotaged. Rather than the main opposition Labour Party, the biggest obstacle to the Conservatives may be the votes that could shift to the Brexit party, which has voters similar to the Conservatives as we discussed above.

In the election propaganda, the Labour Party mentions about putting an end to income inequality much more than the Brexit issue. Labour Party leader Jeremy Corbyn wants to address the needs of poor people and build a fairer country by imposing more tax on the richest 5%.

In his plans for Brexit, he said he would bring the deal previously agreed with the EU to a referendum. Brexit issue is absolutely the biggest obstacle Labour Party is facing with. Because the biggest concerns of citizens in the country until 2016 were issues such as health services and immigration. However, Brexit has recently become the most important issue in the country.

While the Conservative Party–Brexit Party coalition is under discussion, Labour Party is also likely to make an alliance with the Liberal Democrat Party, although it is seen as a slim chance. The Liberals have a satisfactory share of the votes in recent poll data and in their election propaganda, they are pledging to cancel the Brexit process if they come to power.

When we analyze the election polls and party commitments, we think that December 12 election is a Brexit referendum rather than a general election. Because on one side there are Conservative and Brexit parties defending Brexit and on the other side, there are Labour and Liberal Democrat parties far away from Brexit.

Considering the possible pricing of the British pound in this context, elections and political uncertainties always have a negative effect on the country’s currencies. However, the possible results of the election have a greater impact on pricing.