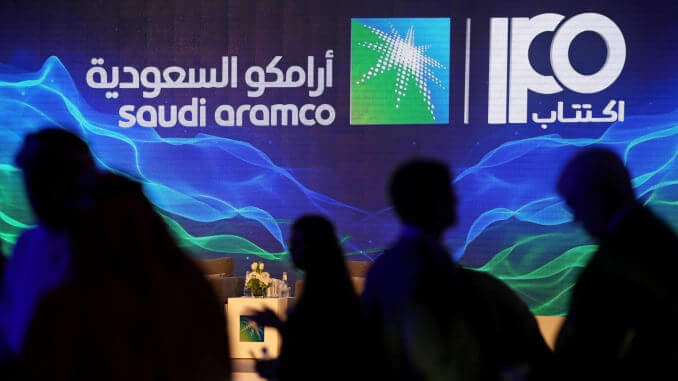 Saudi Aramco, the world’s largest oil producer and Saudi Arabia’s national oil company, completed its initial public offering, which has been delayed for the past 3 years for various reasons. Following the demand process, which began on November 17 and ended on December 4, Aramco made the world’s largest IPO on Tadawul, the Saudi Arabian Stock Exchange. A written statement from Saudi Aramco said that IPO consists of 3 billion shares, or 1.5% of the company. The company is offered for 32 riyals ($8.53) for each share and earned $25.59 billion. In addition, Aramco’s IPO received a total of $ 118.6 billion in demand, of which $ 106 billion was from institutional investors and $ 12.6 billion was from individual investors. Saudi individual investors purchased shares worth 4.9 million.

On December 4, when Saudi Aramco, the world’s largest oil company, held the largest public offering in history, there were price spurts, particularly in Crude Oil prices. Crude Oil price was around $ 56 per barrel, climbed to $ 59 per barrel after Aramco rose to the position of the world’s most valuable company and was seen to be trying to hold on to the area.

A Brief History of Saudi Aramco

Aramco, a Saudi-US partnership that monopolized oil exploration and extraction activities in all of Saudi Arabia’s energy reserves until 1973, was purchased completely by Saudi Arabia between 1973 and 1980. Aramco has been extending its portfolio in oil refinery and oil products facilities in the USA, South Korea, China, Indonesia, Japan, and EU. The company has become the largest oil exporter of the world and has a say in oil production with its daily oil production of 2 million barrels.