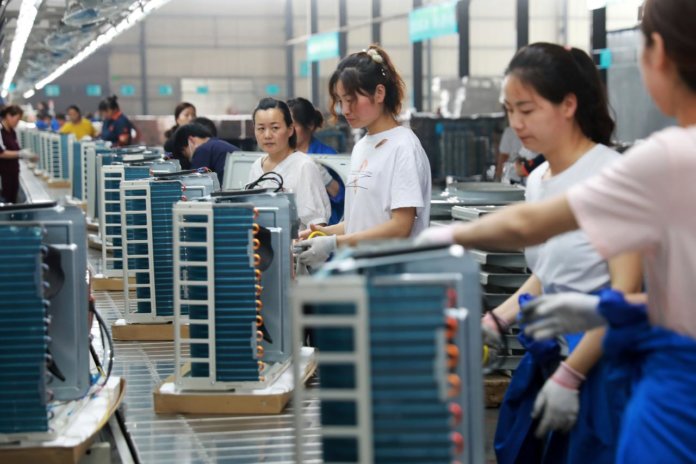 American news website Axios reported on late Sunday that a source close to US President Donald Trump’s trade team for negotiations with China said that a preliminary deal was now “stalled.”

The reason was Trump’s approval last week of the Hong Kong Human Rights and Democracy Act that was near-unanimously passed by both chambers of Congress. Chinese sources told Axios that “several substantive obstacles,” including how much of tariffs Trump will cancel what mechanisms will enforce an agreement, and how the Chinese will guarantee massive amounts of US agricultural purchases.

With Beijing angrily reacting to Washington’s policy vis-a-vis Hong Kong, both capitals still try to make a deal before the year ends although the December 15 deadline for a new batch of US tariffs on Chinese goods nears. Trump might have to postpone the tariffs again to make room for further negotiations when President Xi Jinping’s administration calms down.

Factory activity in China showed a surprising surge in November, almost at the quickest pace in three years with the report that the private Caixin/Markit manufacturing Purchasing Managers’ Index (PMI) index saw a rise to 51.8, according to data released on Monday.

The upbeat thanks to an increase in domestic and overseas demands was higher than the 51.7 mark in October and expectations of a fall to 51.4. The survey pushed up Asian shares and oil prices higher despite fears of protraction in the trade war.

British Prime Minister Boris Johnson’s Conservative Party continued to lead over the opposition Labour Party last week, a survey for the ITV found out but the lead has now narrowed to 9 percentage points.

The poll showed that 42% of voters backed the ruling Conservatives while Labour’s backing rose 3 points to 33% ahead of the December 12 snap elections.