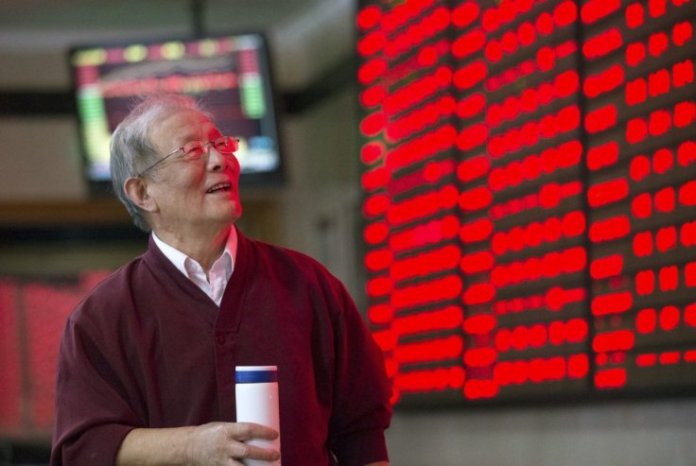 US President Donald Trump told reporters on Saturday that talks to resolve the trade war with China were going “very nicely.”

Trump said his administration would make a deal only if it was the right one for the US.

“The trade talks with China are moving along, I think, very nicely and if we make the deal that we want it will be a great deal and if it’s not a great deal, I won’t make it. I’d like to make a deal, but it’s got to be the right deal. China very much wants to make a deal,” said.

“They’re having the worst year they’ve had in 57 years. Their supply chain is all broken, like an egg, they want to make a deal, perhaps they have to make a deal, I don’t know, I don’t care, that’s up to them,” he added.

Earlier on Friday, he repudiated that the US agreed to mutual cancelation of existing tariffs as both sides prepare to sign the Phase-1 deal.

Producer price index in China, a measurement of costs for goods at the factory gate, fell by 1.6 percent year-on-year in October, data by the country’s National Bureau of Statistics (NBS) showed on Saturday. The figure was much larger than the the 1.2-percent decline in September and the most in over three years. On a monthly

On a monthly basis, the PPI rose by 0.1 percent last month.

Policymakers at the Bank of Japan discussed during their last month meeting whether extra easing measures were needed to achieve the inflation target, a summary of the meeting released on Monday showed.

“In the current situation where risks are skewed to the downside, the Bank should continue to examine whether additional monetary easing will be necessary,” another board member said, as the Japanese economy deal with risks from trade disputes.

In Spain, the far-right Vox came third in a repeat snap elections on Sunday. The Vox increased the number of its seats at the Parliament 52 seats, up from 24 in April. The Vox’s rise shattered the image of Spain being a country largely immune to the rise of the far-right movements.

Although acting Prime Minister Pedro Sanchez’s Socialists won the 120, it will still need the support of other left-wing parties such as Podemos or center-right parties to form a coalition government.