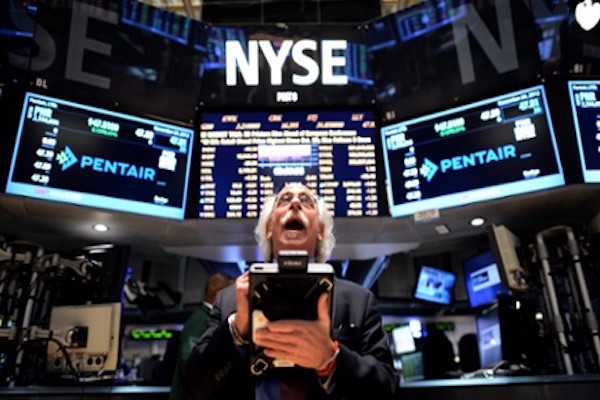 The US government shutdown continues on Monday due to Senate members’ failure to pass a spending bill that also covered 5 Billion Dollars for President Donald Trump’s planned wall to be erected along the border with Mexico. Unless a compromise is reached, Senators now home for Christmas will not be called back to Washington until Thursday.

While the US federal capital goes deeper into political turmoil, the stocks have started giving signs of a bear market unseen in the past ten years, since the beginning of the Great Recession. Panic in Wall Street is spreading. Dow Jones dived over 400 points in its last session of the week in which its total losses at 1650 erased 7 percent. The Nasdaq Composite Index officially went down into a bear market while the S&P 500 remained on the verge of being hit down the bear. But the stocks managed to make a comeback with up to 105 points on Sunday evening trade.

Adding to all that, reports emerged over the weekend that Trump has discussed firing Federal Reserve Chairman Jerome Powell, according to Bloomberg sources. President has multiple times aimed severe criticism at Powell for Fed’s interest-rate hike policy, the last of which came last week, and stock-market losses going on for months now. But after the reports, Secretary of Treasury Steven Mnuchin said on Twitter that he has talked with Trump and the President believed he doesn’t have the authority to fire the Fed chief.

The UAE energy minister Suhail al-Mazrouei said on Sunday that OPEC+ can hold an extraordinary meeting to tackle with the oil prices that have been in a free fall for a while despite the group’s decision earlier this month to cut production 1.2 million barrels per day starting from the new year. Prices saw a slight rebound after the statement.

China on Monday announced that new tariff measures for the next year. It is lifting import duties on alternatives to soymeal for animals and tariffs on fertilizers, iron ore exports, to increase its international trade. Soybean imports from the US are at the heart of Beijing’s the trade war with Washington. It put 25 percent tariffs on soybeans in response to America tariffs.

No major breakthrough in the Brexit process occurred after EU leaders ruled out a renegotiation of the deal with Prime Minister Theresa May. She now is holding her guns for the new year to pass the agreement at the Parliament. Opposition Labour leader Jeremy Corbyn said he would pursue Britain’s exit from the bloc, should his party come in power in an election scenario.