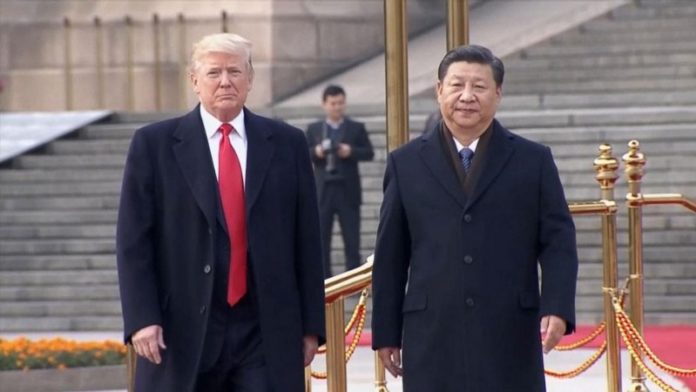 US President Donald Trump on Wednesday accused China breaking “the deal” with the United States.

Ratcheting up the friction

Trump promised not to step back from imposing new tariffs on Chinese goods by increasing the existing %10 percent to %25 unless China “stops cheating.”

“They broke the deal,” Trump told crowds of supporters in Florida. “They can’t do that. So they’ll be paying. If we don’t make the deal, nothing wrong with taking in more than $100 billion a year. We won’t back down until China stops cheating our workers and stealing our jobs, and that’s what’s going to happen, otherwise we don’t have to do business with them.”

“The Chinese side deeply regrets that if the US tariff measures are implemented, China will have to take necessary countermeasures,” Beijing’s Commerce Ministry said on its website.

The regime agents used a tow truck to drag Zambrano’s vehicle away while he was inside. The US warned of “consequences” if he was not released as Secretary of State Mike Pompeo promptly returned Washington from his UK visit, and postponed his Greenland trip.

European Central Bank President Mario Draghi defended the bank’s %2 inflation target and said he refuses to accept defeat despite not being able to reach it for a long time. Draghi also dismissed suggestions of lowering it.

In a conference for a students, the outgoing ECB boss also slammed cryptocurrencies, casting shadow on their origins labelling them as wildly risky.

Bank of Japan Governor Haruhiko Kuroda on Thursday said that the bank would “swiftly” examine easing the monetary policy if the Japanese economy lost momentum towards making it to its long-standing %2 inflation target.

Kuroda told the parliament that deeper escalation in the Sino-US trade war could cause substantial damage to the global economy by disrupting trade activity and affecting business sentiment.