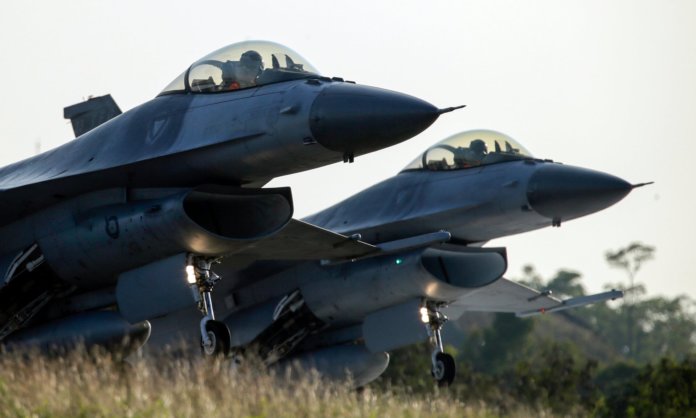 As the markets await the US Federal Reserve’s minutes from its July rate-setting policy meeting on Wednesday and the central bank system’s Jackson Hole retreat later the week, the US-centered geopolitical developments continued to weigh on the markets.

Here is a recap of what happened in the past 24 hours:

Trump lashes out at China

US President Donald Trump told the media on Tuesday he had to challenged China over its trade practices even if his moves hurt the American economy for what he said Beijing’s decades-long cheating of Washington.

“China has been ripping this country off for 25 years, for longer than that and it’s about time whether it’s good for our country or bad for our country short term. Long term it’s imperative that somebody does this,” Trump said.

The US State Department approved on Tuesday a yet-to-be-realized 8 billion dollars-worth sale of 66 F-16 fighter jets and other defense systems to the Republic of China, or Taiwan as better known. The department’s official notification of the US Congress will most likely be met with strong-worded condemnation and opposition from the mainland Communist China, as Beijing and Washington continue their war in the economic and trade front.

Down Under supports anti-Iran task force

Australian Prime Minister Scott Morrison said on Wednesday that his country will join the US in a task force by a coalition of Western countries to protect oil tankers and energy routes in the Strait of Hormuz from potential Iranian threats.

“This destabilizing behavior is a threat to Australia’s interests in the region,” Morrison said in Canberra about Iran’s conduct and attacks on oil tankers attributed to the Islamic Republic.

Germany’s Minister for European Affairs Michael Roth said on Wednesday that the peace in Northern Ireland and EU single market’s health were non-negotiable for the bloc in the Brexit process.

“Spinning gold from straw has never yet worked. That is also true of Brexit. Peace in Northern Ireland, as well as the integrity of the internal market, are not negotiable for the EU,” Roth tweeted, hours before the UK Prime Minister Boris Johnson will meet Chancellor Angela Merkel in Berlin.