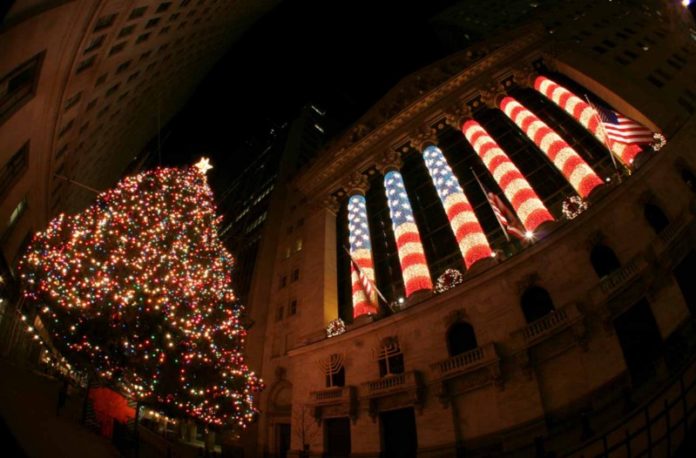 “Shutdown today if Democrats do not vote for Border Security!” President of the United States Donald J. Trump tweeted Friday morning US Eastern Time as the Senate convenes to debate a House-passed temporary spending bill that includes a 5-Billion Dollars fund for the Mexico wall he wants.

President’s renewal of a government shutdown was triggered by the now high likelihood that the Republican-dominated the upper chamber fails to grant it approval with the Democratic members seeking to stage a filibuster.

As Washington grapples with the political turmoil surrounding Trump’s erratic behavior in the foreign policy, particularly in Syria and Afghanistan, and his uncompromising posture about the federal spending, stock markets watch the mid to long-term implications with great caution and continue to bleed ahead of Christmas.

Although Dow Jones Industrial Average, the S&P 500 and Nasdaq futures recovered from earlier Thursday losses, the Wall Street struggles to rise up from corrective lows unseen in the past 15 months. At this point, even more losses are anticipated before the year ends.

Almost all the 2018 gains have already been erased in the past several weeks. This month is on track to become the worst December since before the WWII.

At 2460s, S&P 500 was at the time of writing this report was back at the same level it saw in August 2017. That is a fall of over 500 points it recorded in September this year. The bloodbath occurred in less than three months and gained pace in the past two weeks.

Nasdaq as well went back a year in time with its most recent losses. The last two days saw 350 points gone.

NY Fed President Williams said the central bank was “listening to market”, and believed economy was strong. After his remarks to the CNBC, in which he said that the FED could reassess its interest rate policy and balance sheet reduction in the new year if the economy slows, Dow Jones rose by more than 300 points.

All this follows Fed’s Open Market Committee (FOMC) meeting on December 19 that for the fourth time this year hiked its benchmark interest rate by 25 basis point but signaled only two more hikes next year, a rather dovish attitude.

The Fed praised the the US economy’s performance thanks to the still favorable labor market conditions, steady pace in economic activity, strong household spending, and the inflation target’s remaining on track.

“Indicators of longer-term inflation expectations are little changed, on balance,” the Fed statement regarding November read.

The central bank acknowledged global risk conditions in its release, saying that risks to the economic outlook were “roughly balanced” and that it will “continue to monitor global economic and financial developments and assess their implications for the economic outlook.”