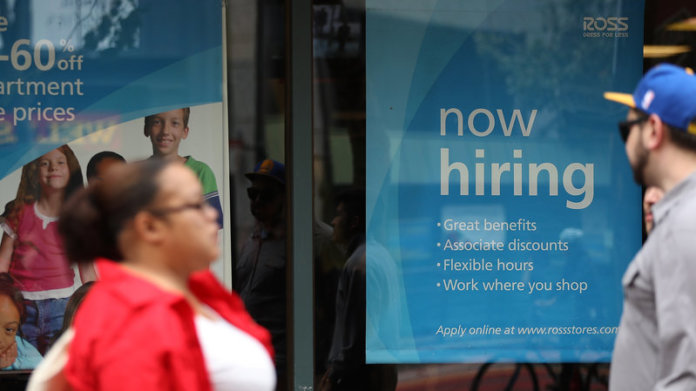 It will be a busy week for the markets as investors await US jobs report and further developments in the Sino-US trade war, Saudi-Iran tensions, the Brexit process, and the US House impeachment inquiry into President Donald Trump. The calendar below is also filled with a new batch of important data coming from the major economies.

The US Department of Labor is set to release its monthly report on jobs additions to the economy, unemployment rate and changes in hourly wages on Friday. The jobs data will help us partly figure out what course the Federal Reserve might take at its two-day policy meeting, October 29–30.

The unemployment rate still standing at its lowest is largely expected to remain at 3.7% in September whereas jobs additions are anticipated to come out at a better figure than the disappointing 130 thousand back in August.

Fed Chairman Jay Powell will be participating at a Washington DC event dubbed “Fed Listens” on Friday. His speech comes at a time of high tensions between the Fed and President Trump as the latter keeps attacking the former for not aligning its monetary policy with his politics, particularly the foreign trade policy.

The Reserve Bank of Australia (RBA) is meeting on Tuesday to decide on its interest rate decision. The Governor of RBA Philip Lowe already gave signals of a cut when he addressed the Armidale Business Chamber on September 24.

“The Board is prepared to ease monetary policy further if needed to support sustainable growth in the economy, make further progress towards full employment, and achieve the inflation target over time,” Lowe told business leaders.

Market expectations widely tilt for another cut of 25 basis points in the RBA rate decision after the July and August slashings.

*All weekdays, except Monday, is National Day holiday in China in commemoration of the 70th anniversary of the Communist Revolution.