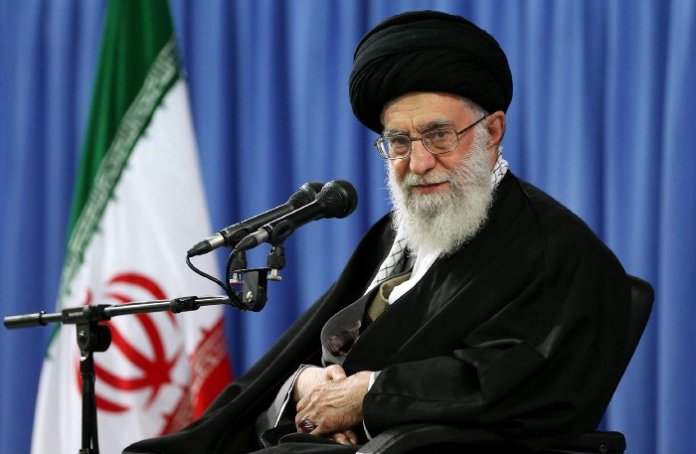 US President Donald Trump has imposed on Monday a series of new sanctions on Iran, with individuals targeted including the Islamic regime’s Supreme Leader Ayatollah Ali Khamenei and Foreign Minister Mohammad Javad Zarif in a drastic step in response to Iran shooting down of an American army drone.

Iran slammed the move with one foreign ministry official calling it the ‘end of diplomacy’ as both countries remain in a tense, at times military, standoff in the Persian Gulf, keeping particularly the energy markets on alert.

China’s Vice Premier Liu He talked on the phone with US Trade Representative Robert Lighthizer and Treasury Secretary Steven Mnuchin on Tuesday. According to a statement by the Chinese Ministry of Commerce that said the parties talked of their trade relations.

The phone calls come ahead of a much-awaited meeting set to take place between Trump and his Chinese counterpart Xi Jinping at the G20 summit in Japan this weekend. Markets are anxious to see if they will find some common ground to re-initiate negotiations aimed at ending a full-blown trade war between the world’s two largest economies.

US officials have said Trump will meet with other leaders, including President Vladimir Putin of Russia.

In the UK, PM hopeful Boris Johnson admitted to the BBC that he would need co-operation with the EU to avoid a hard Irish border or tariffs in case a no-deal Brexit happens.

The comment gave a short-lived relief to the Sterling that’s been squeezed for the past several sessions. Today, the financial circles in London will be watching a debate between Johnson and his rival Jeremy Hunt.

Italy’s Deputy Prime Minister Luigi Di Maio said that the European Union will allow the Rome government to increase its deficit if that could be of any help to the economy. Di Maio’s comments to the daily Il Corriere della Sera come amid a crisis between Brussels and Rome over Italy’s public debt issue.

A new front for China and the US?

Reuters reports that a dozen global telecommunication firms have been hacked and massive amounts of personal and company data have been stolen, citing security analysts. The attack that seems to have targeted at least 30 countries is suspected to have originated from China.

If the suspicions of security analysts are confirmed, and the US government takes action, it can open up a new stage of the technological and cyber conflict between the two countries.