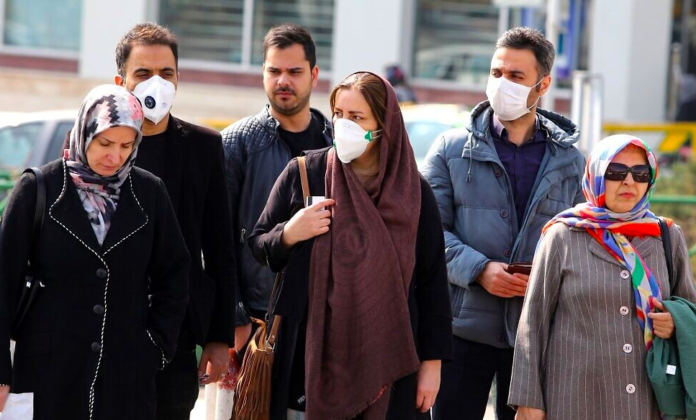 *Coronavirus Toll As of February 22;

Virus Infections in Europe, the Middle East, and the Far East

As the end of February approaches, China is yet to defeat the coronavirus epidemic despite stringent measures affecting hundreds of millions of people and thousands of businesses vital for the world economy’s production and supply chains.

The coronavirus is now turning into a dangerous epidemic beyond the borders of China, particularly in Asia’s fourth-largest economy South Korea, the world’s third-largest economy Japan and Iran.

South Korea raised its public health alert level raised to red as Italy locked down at least two towns while Iran’s neighbors, including Turkey, Pakistan, and Iraq shut down their border crossings with the country.

The effect of the virus will continue to be felt for almost all currency pairs, commodities, and precious metals. We will have a relatively quiet week in terms of data but several of them will illustrate the effects of the virus on segments of the world’s top economies.

Increased Interest in the US Dollar

The relative resistance of the US economy to the coronavirus has made the dollar a safe haven.

Despite the drop in the dollar index on Friday, the market is weighing whether USDX will exceed 100 due to investors’ flight from other currencies, especially Euro and Japan. The index will be one of the most-watched forex topics throughout the week.

The increasing number of cases in Japan, the third-largest economy in the world puts further pressure on the Japanese yen, which is normally the most popular go-to safe haven.

Fed and ECB Officials to Speak

Minneapolis Fed President Neel Kashkari and Dallas Fed President Robert Kaplan will also share their views this week on monetary policy, the future of interest rates and the impact of the coronavirus on the economy.

Elsewhere, ECB President Christine Lagarde and other bank officials will speak at an event in Germany on Wednesday.

On Tuesday, the first piece of data on the effect of the coronavirus outbreak on the American manufacturers will be released. US CB Consumer Confidence data will be closely monitored.

Similarly, the German Ifo Business Climate Index will be watched on Monday.

On Saturday, China’s Manufacturing PMI will show the extent of the outbreak’s impact on the world’s second-largest economy.