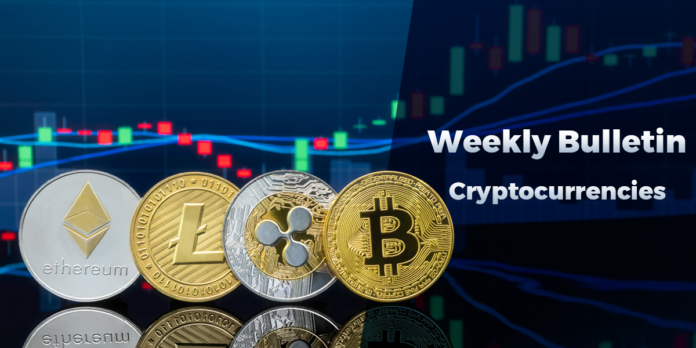 The New York-based Cryptocurrency platform Bakkt, an affiliate Intercontinental Exchange which owns the New York Stock Exchange announced on Thursday that it will “launch the first regulated options contract for bitcoin futures,” starting from December 9 on.

Bakkt said that the options contract will be based on Bakkt’s own monthly Monthly Bitcoin Futures, benchmark.

Late last month, the company’s introduction of the physically-delivered Bitcoin futures were blamed for an over 20 percent drop in Bitcoin prices that led to losses in other cryptocurrencies in similar percentages.

Facebook CEO Mark Zuckerberg faced grilling at the US Congress for his social media giant company’s practices, policies and the cryptocurrency Libra project. Facing questions regarding the legality and reliability of the Libra, Zuckerberg warned that China would  soon make strides in the blockchain technology and have its own version cryptocurrencies in an argument urging regulators not to block Libra.

Zuckerberg stated that he was open to the idea of requiring Libra to be majority-backed by the US dollar.

Earlier in October, major financial services firms, among them Visa, Mastercard, eBay, and Stripe withdrew from the Libra Association, in a huge blow to Facebook’s plans for a global digital currency. The move shook the trust in Libra and by extension in other cryptocurrency projects.

Zuckerberg told the Congress that hıs Libra partners fled because “it’s a risky project and there’s been a lot of scrutiny.”

President of the People’s Republic of China and General Secretary of the Communist Party of China Xi Jinping told the Political Bureau of the Central Committee on Thursday that his country needed to “seize the opportunities” provided by the blockchain technology.

“We must take the blockchain as an important breakthrough for independent innovation of core technologies,” Xi said during a politburo meeting in Beijing. Xi also called for necessary legislation and regulations for the blockchain technology and cryptocurrencies.

Xi’s call appears to be going in line with a project by the Chinese central bank to launch a digital renminbi soon. All other cryptocurrency projects have been under a blanket ban since a 2017 decision by the central bank. 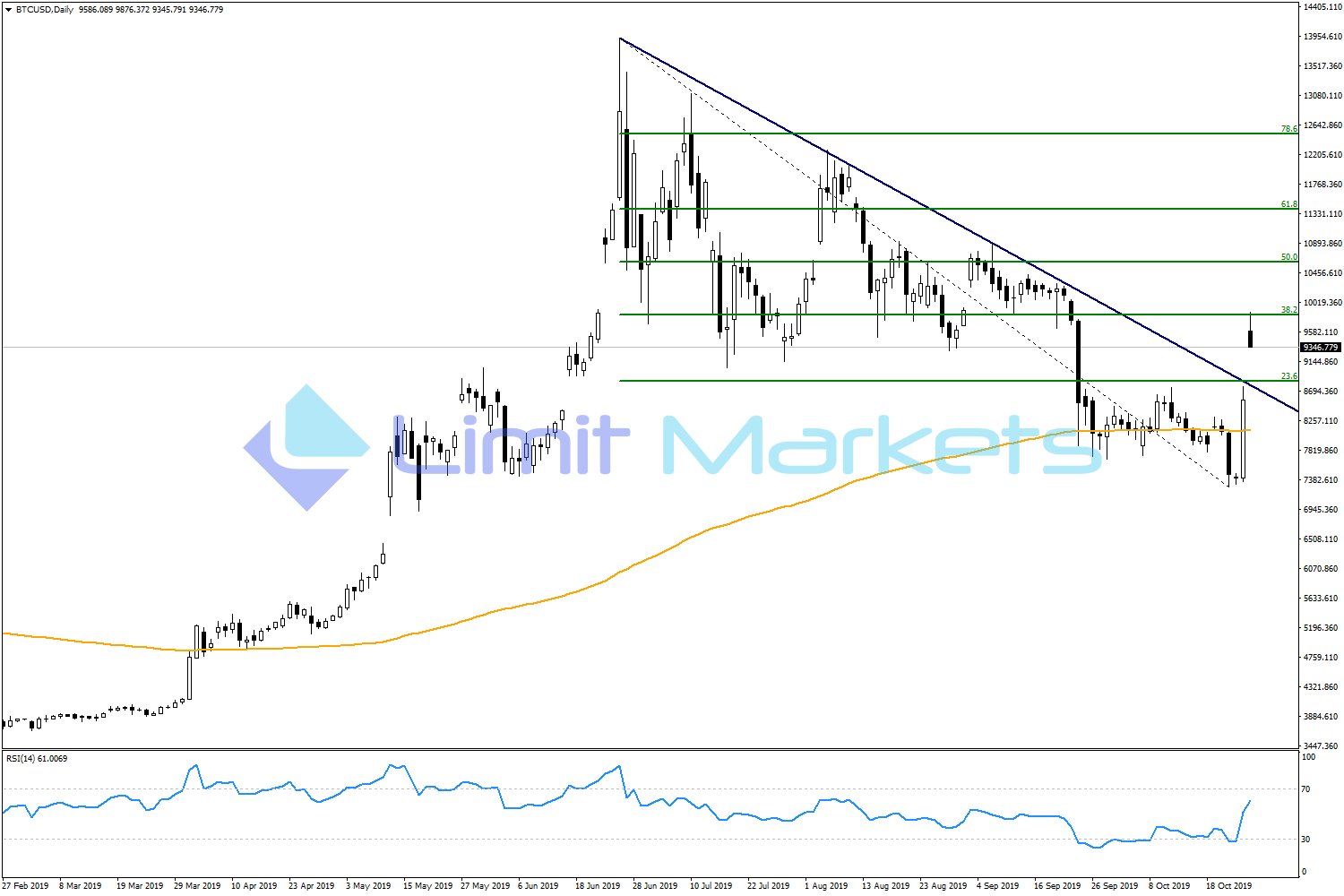 Bakkt’s announcement that it will begin trading with Bitcoin options led to a recovery trend in cryptocurrencies, particularly in Bitcoin. Technically, 9820 level stands out as the first resistance area for the continuation of the current recovery in Bitcoin, which is priced above the 200-day average. If the increase exceeds this area, 10250 and 10600 levels will be on our radar. For possible downward movements, 9130 area maintains its importance in the support position. If the selling pressure decreases below this area, 8880 and 8500 support levels will maintain their importance for us.

Following the Public’s Bank of China’s demands from the banks to improve their blockchain technologies, there are strong increases in cryptocurrencies as of today. 194.80 and 205.00 levels will be critical in terms of resistance for the continuation of the current increase in the price of Ethereum approaching a 200-day average. If the increase exceeds these areas, 222.00 area might be the case. 170.50 and 167.00 levels might become support levels in case of possible retreats. Also, if the selling pressure reaches below this area, 152.00 area will be on our radar. 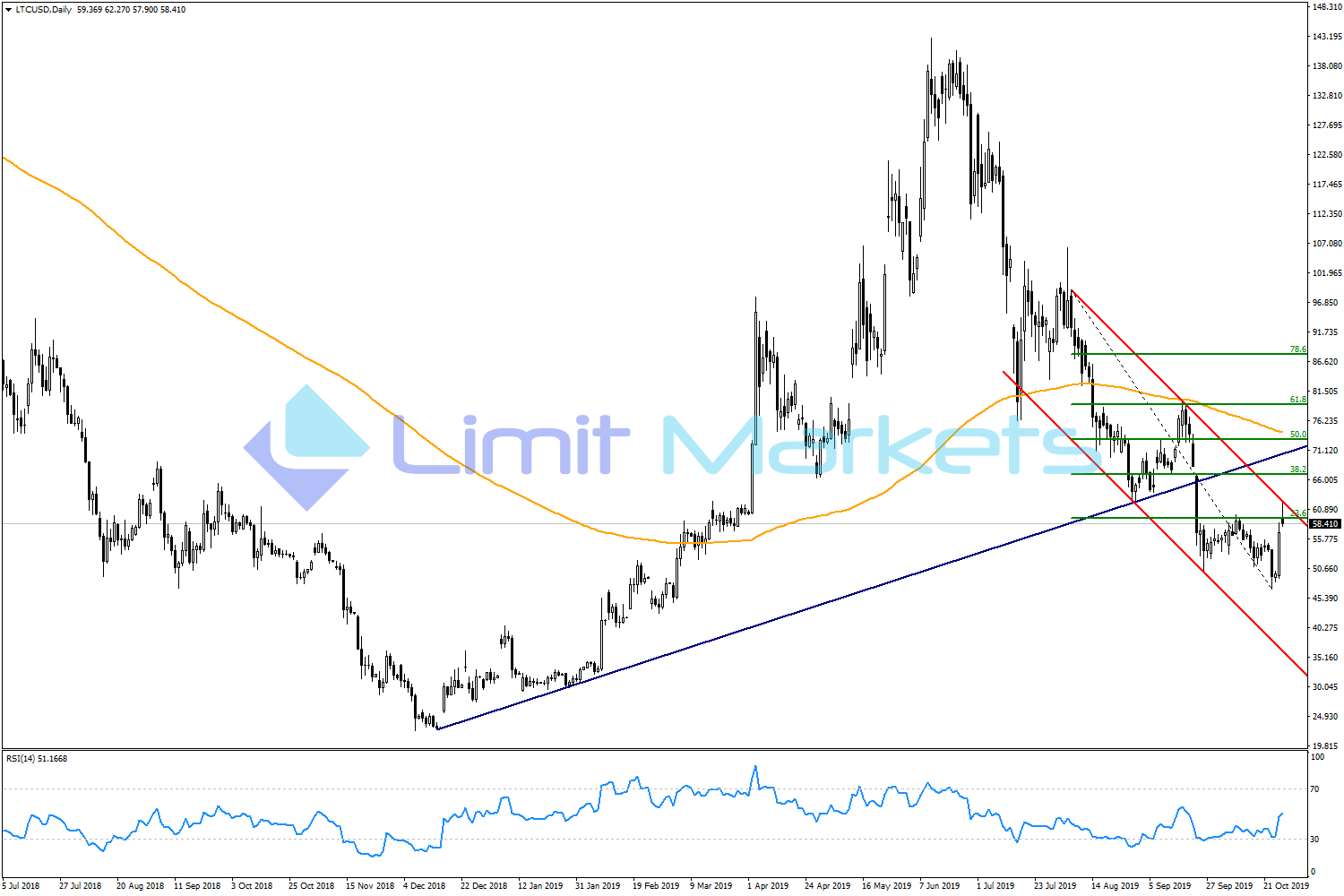 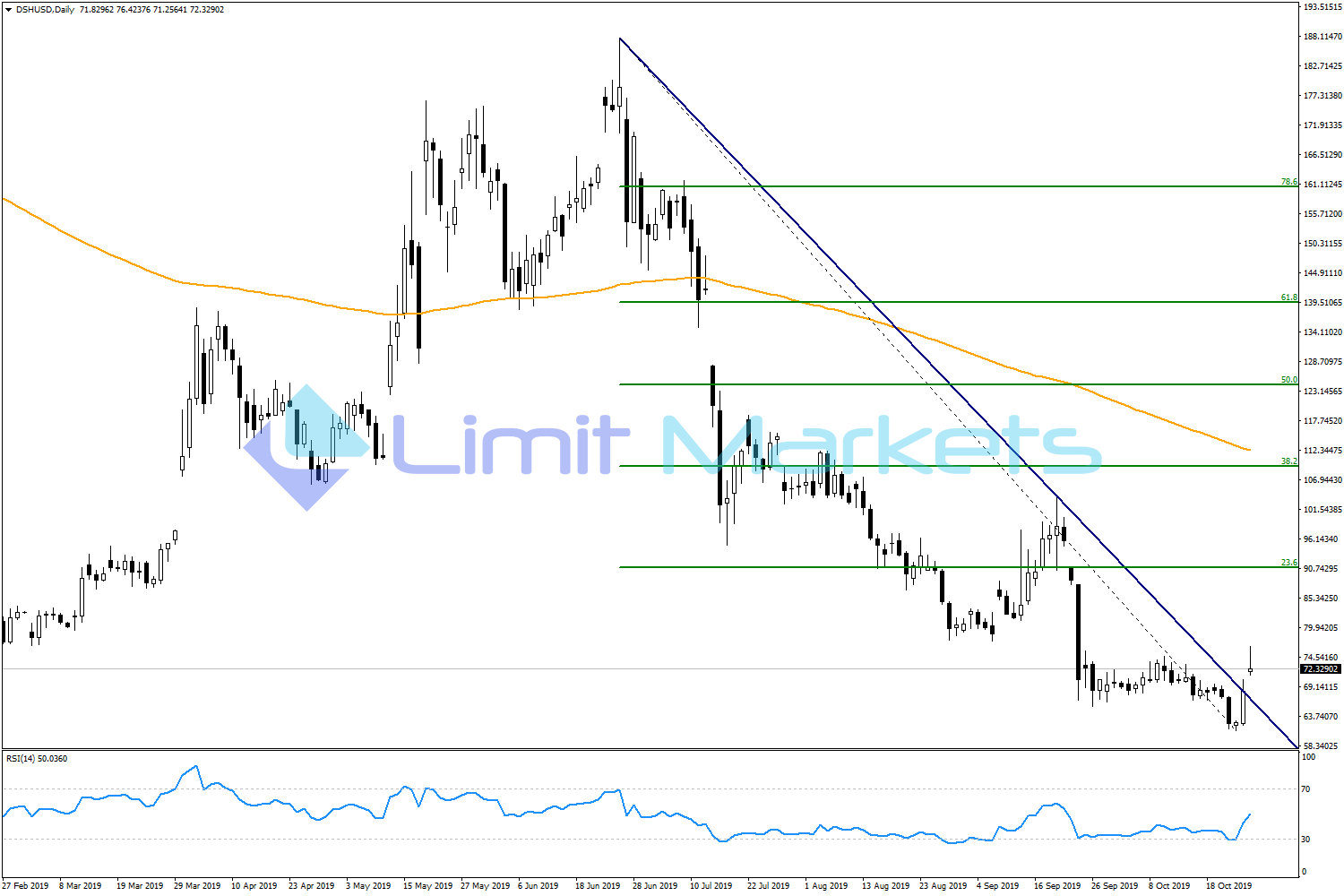 The increase in cryptocurrencies accelerated and, technically, DashCoin performed the closest response to Bitcoin. For the continuation of the current increase in the altcoin, which breaks the medium-term falling channel in upward direction, 81.70 level will be on our radar. If upward movements exceed this area, 83.50 and 90.00 areas will be decisive. In case of possible retreats, 70.00 and 65.60 will maintain their importance for us as support levels. In case of a further decrease below this level, 62.00 level will be on our radar.