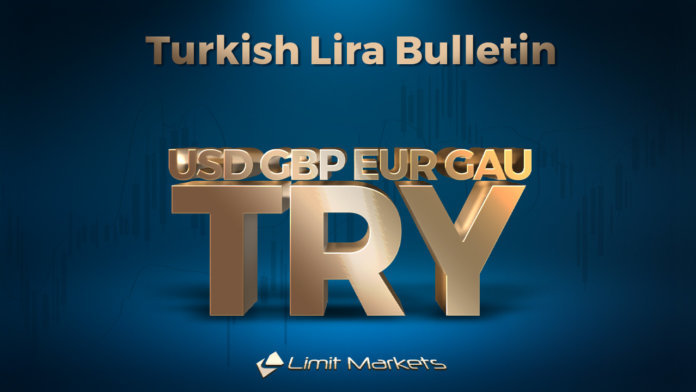 President Recep Tayyip Erdogan made statements about the economy in Istanbul at the weekend.

The president attributed the unemployment rate, which appeared to rise to 14% in August, to factors such as exchange rate, inflation and interest rates, which he described as an “attack.”

Relations between Ankara and Washington, which have long been the most important concern for the Turkish Lira and its assets, have also not experienced a relaxing development. Trump’s hosting Erdogan at the White House and the talks between the two countries, on issues such as Syria, Russian missile defense system S400, F35 program, Halkbank case and the sanctions that might be caused by these issues, remained unresolved.

U.S. Congress’s sanctions bills against the Ankara government have not been put to a vote, only for now, in hopes that bilateral relations could be improved despite the Russia factor.

On the other hand, the U.S. trade war with China has still not been resolved. Although top American and Chinese officials called each other during the weekend, the U.S. Department of Agriculture announced a new aid package for farmers who suffered from the things going bad in international trade.

Despite all problems, the US economy remains strong, especially thanks to consumer spending as Fed Chairman Jay Powell stressed. However, 0.8% drop in October Total industrial production announced last week has raised questions and has been read as a sign that the Fed will keep the stimulus in next year’s rate policy.

In Europe, ECB’s historically low negative interest rates are highly criticized and we closely followed the relevant news. This question has become the most relevant and important topic in Euro area with the arrival of Christine Lagarde, the French lawyer and former Managing Director of IMF.

In Britain, parties have launched their campaigns for an early general election to be held on 12 December.

PM Boris Johnson’s ruling Conservative Party approaches the elections with a promise of completing Brexit, cutting crime rates by investing more in education, health and the police force, while his rival opposition Labour Party is running a campaign hinting at a second Brexit referendum with more nationalization in transport, communications and health.

The Turkish Lira, having a hard time versus the US dollar for over a year now, has recently managed to escape earlier price fluctuations despite remaining tensions between Ankara and Washington. The relief in the Lira continues with a gradual downward movement, albeit slowly. Data and signs suggesting that the Fed may continue its interest rate cuts in the coming year are an advantage for risky assets such as TL. If the fall goes on, the 50 per cent Fibonacci retracement line at the 5.70 level is the first significant support we will see. Further below, the levels 5.67 and then 5.64 at the 61.8 Fibonacci retracement will be monitored. Should the pair price undergo witness an upward movement due to any political development, the levels 5.75 at the 38.2 Fibonacci and then 5.80 may be followed.

We are entering the sixth consecutive week in which the lira-euro exchange rate is falling, albeit at a low rate. We continue to watch the ECB’s expansionary policy and its insistence on negative interest rates. The pair price largely continues its downward trend in parallel with the dollar-tl pair. Technically speaking, we approach the 6.30 level in the lower band of the red rising channel. If the movement continues, we will target 6.27, the lowest in the last seven weeks and below there 6.25 can be watched. In the case of a reversal, investors will follow 6.36 and 6.40 levels.

Contrary to downward-looking movements in the euro and dollar pairs with the lira, the British pound resumes an upward trend. The main reason for this is the relaxation around the Brexit uncertainty — at least for a few weeks to come. The pricing ahead of the December 12 snap general elections in Britain continues to move upwards. 7.47 and 7.50 in the upper band of the falling channel be our targets to be followed in this situation. Should the second resistance is broken, we will reach 7.54, the highest in the past 4 weeks. Otherwise, we will seek support at 7.37 and 7.34, respectively.

Precious metals reflect the volatility caused by the lack of a solution in the Sino-US trade war. Markets are now less convinced of positive statements coming from Washington or Beijing which are perceived to be statements aimed at winning time. On Monday, markets reacted to the pessimism surrounding the talks. While resistance at 270.00 in gram gold versus the lira is tested, 273.00 and 275.00 targets around the upper band of the falling channel appear as new resistance lines. Further bad news regarding the talks in trade may lead to the testing of the 277.00 level in pricing. If the market is encouraged by negotiations, it may find itself in a retreat towards 267.00 and then 265.00 levels.