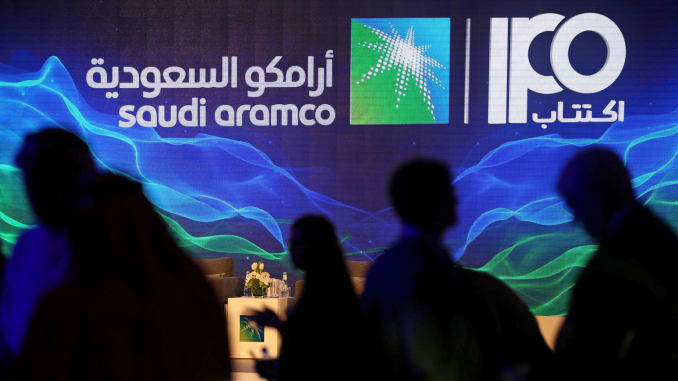 Saudi Aramco, the largest oil company in the world, reached the final stage in the process of the initial public offering, which has been delayed for the past 3 years for various reasons. Aramco shares, which were given the necessary approval for the IPO in question, will be sold on December 11 on The Saudi Stock Exchange Tadawul. IPO value is expected to be between $ 1.6 to $ 1.7 trillion. In a statement made by Saudi Aramco, it was indicated that a 1.5% share of the company, or about 3 billion shares, will be sold at a price of 30 Saudi Riyal ($ 8) per share. However, it was declared that no direct sales were planned on international markets during the initial public offering.

Saudi Aramco’s history dates back to the 1933 partnership agreement between the Kingdom of Saudi Arabia and American Standard Oil, later renamed as Chevron. Aramco had operated oil exploration and extraction activities in all Saudi Arabia’s energy reserves until 1973 and was a Saudi – US partnership. Later, it had been purchased by the Saudi Arabian administration between 1973-80. Increasing its in terms of oil refinery and products processing facilities in the U.S., South Korea, China, Indonesia, Japan and the EU in the different facilities, Saudi Arabia’s national oil company, Aramco, the world’s largest oil exporter, has become in the position to have a say in the oil prices in the world with approximately 2 million barrels of daily oil production. Aramco, the second-largest global oil producer after the United States, is also known to have come to a monopoly position on searching and extraction of Saudi Arabia’s oil reserves, with Saudi oil’s quality and low costs.

Supplying one-eighth of the world’s oil production, Aramco, left behind many technology giants with a net profit of 111 billion in 2018 and recorded a net profit of 47 billion in the first half of 2019 and drew away ExxonMobil, the US-based largest oil producer traded on securities exchanges. In addition, we should remind you of the prediction of IHS Markit, a London-based global information provider, that global oil demand will peak by 2035 and that the increase in demand for other types of oil will stabilize in the same period. Thus, Aramco’s balance sheet can increase its asset quality, especially in the long term, to a decisive position among energy companies on a global scale.

On September 14, two oil fields of Saudi Aramco, Saudi Arabia’s national oil company, went ablaze as a result of a drone attack at 04:00 a.m. local time. The cut in the country’s oil production as a result of the attack affected 6% of global oil supply, prompting strong attacks on oil prices to the levels of $ 61.91 per barrel.

Aramco is preparing for its largest share sale on the stock exchange on December 11 and its financial performance, strategy, global and operating risks will be on the radar of the market participants. Experts believe that depending on the investor demands, Aramco may offer 3-4% of its shares in Tokyo, Hong Kong, London or New York stock exchanges in 2021. In this case, the value of Aramco will presumably exceed the value of technology energy companies such as Apple ($ 1.14 trillion), Microsoft ($ 1.1 trillion), Alphabet (Google) ($ 878 billion) and ExxonMobil ($ 294 billion).