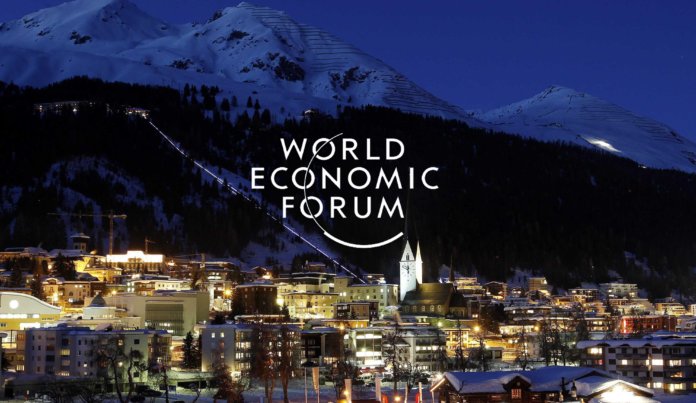 The World Economic Forum is an international forum committed to improving the state of the world by engaging the politicians, senior corporate executives and economists. It will begin this week in Davos, Switzerland.

This year, the agenda of members attending the Forum, also known as the Davos Summit, is very intense. Because in 2019, global growth concerns, the risk of recession, ‘no-deal’ Brexit, expansionary monetary policies, the climate crisis and, most importantly, the US-China trade war left global markets unsettled, and still some issues have not been resolved.

No doubt the most popular guests of the Forum will be the President of the United States, Donald Trump, and Secretary of Treasury, Steven Mnuchin. The phase one trade deal signed after the U.S.-China trade war partially ending had a negative impact on many countries’ economies by widely affecting the global markets, which could be on Trump’s main agenda. Trump may also want to put the USMCA agreement forward, in addition to phase one deal, and could run an advertising campaign to conclude a new trade deal with the EU and the UK. On the other side of the coin, while participants may congratulate Trump on the phase one trade deal, they may also ask many questions about current issues such as the rising tensions with Iran and the impeachment trial, asking how he will address these issues.

In the Eurozone, EC President Ursula von der Leyen and the new ECB President Christine Lagarde will participate in the Forum, in addition to top administrative officials. The global climate crisis may constitute a big part of Leyen’s agenda, yet she will also talk about her ideas and suggestions on the Brexit issue. Lagarde, on the other hand, will appear before such a large group for the first time since she became ECB President. Although Lagarde may not want to give hints about the monetary policy and close her lips about the ECB monetary policy meeting on Thursday, participants may question her about how to conduct a strategy considering the side effects of negative interest rates and weak inflation data. We also expect IMF Chief Kristalina Georgieva to address the rising issue of income inequality around the world.

Huawei founder Ren Zhengfei, who will address global technology developments at the World Economic Forum, may unintentionally cause tensions. As you know, the U.S. has many sanctions and prejudices against Huawei, especially on 5G services. U.S. President Trump, who wants the EU and the UK to take the same stance towards Huawei on these issues, had occasionally caused tensions between the two continents.

However, British Prime Minister Boris Johnson and his staff, Chinese President Xi Jinping and Turkish President Erdogan will not visit Davos. Johnson, who has been on the busy work schedule ahead of the Brexit deadline, January 31, also prohibited his ministers from visiting Davos to carry out the necessary work to get the Brexit done. If Brexit were to happen, the UK would be able to do independent deals on the global trade scene, and many countries would be in touch with the UK to conclude future deals. President Erdogan, another prominent figure, stated in the 2009 summit that he would not participate in the summit again. The fact that President Erdogan will not be present at the summit, which we expect to discuss solutions to the geopolitical developments in Libya, Iraq and Syria, will be a major shortcoming for the participants. With the participation of Treasury and Finance Minister Albayrak, a team of ministers replacing Erdogan can share Turkey’s recent progress Turkish drilling activities in the Eastern Mediterranean, the TurkStream project and many geopolitical developments with the participants.