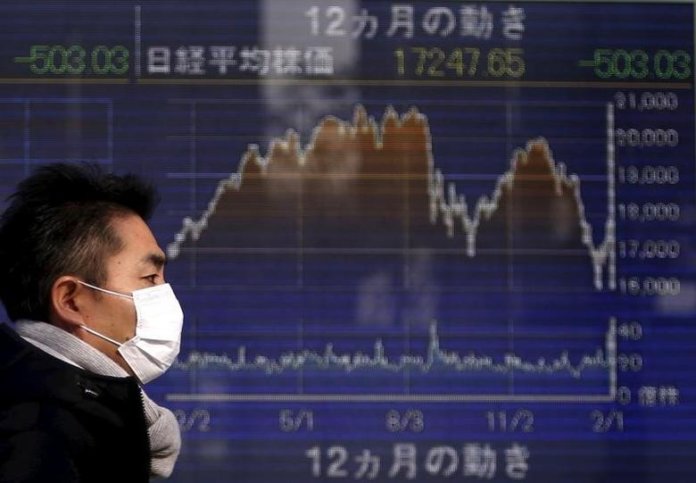 Chinese authorities have locked down two major cities, Wuhan of 11.8 million and Huanggang of 7.4 million people in the Hubei province as the world’s most populous country and the second-largest economy struggles to contain a scary new coronavirus that could upend Beijing’s ambitions for the new year, and further deteriorate the prospects of global growth.

Intra-city transportation in Wuhan and Huanggang were also ordered a halt as health officials fear a wider pandemic with hundreds of millions of people traveling by air, land and rail traffic during a one-week new lunar holiday starting on Saturday.

The previously unknown virus is thought to have originated from the illegal sale of wildlife animals illegally traded in an animal market in Wuhan.

Yen up, yuan down

Investors became more worried overnight about the spread of the virus already found in neighboring countries and the US. The Japanese yen strengthened as the Chinese yuan fell to its lowest in two weeks in the offshore exchange markets.

The Euro remained calm ahead of the European Central Bank (ECB) meeting amid mutual tariff threats between Brussels and Washington.

The World Health Organization (WHO) extended its extraordinary meeting to Thursday to determine whether an international emergency situation should be declared over the virus.

The head of the international agency praised the harsh measures taken by China but pointed out that the situation is developing, and mentioned the virus’s ability to mutate.

Oil prices fell more than 1% on Thursday, worrying that the coronavirus could create a situation similar to the SARS outbreak that hit economic growth about 20 years ago, lowering fuel demand. US WTI crude oil price saw 55.55.

The pandemic pace of the virus and increases in deaths may further reduce oil prices due to damages to economic growth.

At a press conference today, European Central Bank (ECB) President Christine Lagarde will announce a review of the bank’s strategic objectives and how she plans to achieve them.

In the ECB’s first strategic review since 2003, Lagarde will touch on issues such as the inflation target and climate change and cryptocurrencies.